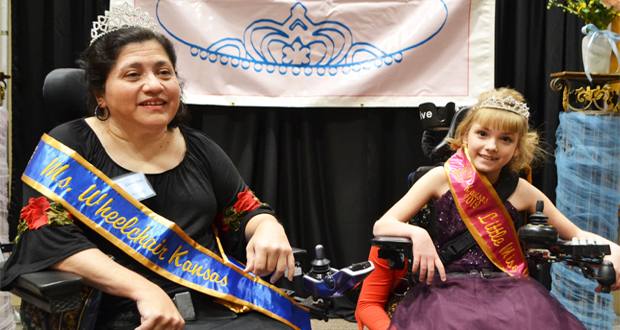 Ms. Wheelchair Kansas titleholders to empower and educate Kansans in the coming year

The 2019 Ms. Wheelchair Kansas (MWKS) was recently crowned during a ceremony at the DoubleTree Hotel in Lawrence, Kan. Andrea Romero of Wichita received her crown after participating in four judging sessions, as well as many other activities, throughout the three-day event. The weekend concluded with a formal crowning, where Andrea was chosen as the new titleholder and fellow contestant Kynedi Weaver, of Olathe, was chosen as the runner-up. The fifth Little Miss Wheelchair Kansas was announced at the ceremony as well. OE Barth of Topeka will work alongside Andrea in the coming year to empower Kansans with her title.

The crowning ceremony was attended by more than 70 family, friends, and community members. The event consisted of platform speeches by the two contestants, as well as two on-stage questions. The audience was treated to a slide show of memories from the weekend; some entertainment from magician Curtis Sneden; crowning of nearby state independent delegate, Ms. Wheelchair Nebraska, Aubrey Freeze; and a farewell from the 2018 MWKS titleholder, Allison Merriam of Kansas City, and Little Miss titleholder, Ariana Hutchinson of Topeka.

Andrea, the new titleholder, believes that you gain more out of life by serving others. She has spent much of her life serving the community through her work and volunteer experiences. Andrea obtained a Bachelor of Arts degree in Social Work from Wichita State University in 2013. She is currently a Transitional Living Specialist for people with traumatic brain injuries at Mercy Homecare Inc. She also works for Children First Inc. as a Social Worker. Andrea previously worked for the Independent Living Resource Center, has volunteered as a tutor at various places, and has also worked with young Latino professionals at the Hispanic Chamber of Commerce. Andrea, who was born with Cerebral Palsy, especially wants to help people with disabilities maintain and improve their quality of life. She is passionate about advocating for appropriate policies and programs for the disability community in our state. Andrea believes that life is not about what you gain for yourself, but about what you are doing for others.

“It’s very empowering and it’s a beautiful opportunity to be able to serve others as a hispanic woman and just to be able to speak out for issues with disabilities,” said Romero.

OE, the new Little Miss, is a young lady full of life who lights up a room with her smile. OE is 11 years old and is a 4th grader at North Fairview Elementary in Topeka. She has had Cerebral Palsy since birth and communicates through an AAC device. OE loves interacting with her peers at school and especially loves spending time with her family who adopted her six years ago. OE is involved with a Boccia League, loves swimming at the Easter Seals Capper Foundation, and enjoys playing hockey in PE at school. She would like to be a veterinarian when she grows up.

Andrea will serve as a role model and spokesperson for people with disabilities in Kansas in the coming year. She will strive to educate, advocate, and empower all people in our state. Andrea will have the opportunity to travel throughout Kansas educating various groups of all ages about the issues of importance to people with disabilities. She will share her platform of “Caring for Those Who Care for Us,” which focuses on advocating for appropriate pay and benefits for personal care attendants who assist those with disabilities. Andrea will ultimately represent Kansas in the Ms. Wheelchair America competition, held in Little Rock, AR in July, where she will compete for the national title alongside 34 other women from varying states. OE will work alongside Andrea to show the capabilities of people with disabilities. She will empower people of all ages, especially young people in our state. 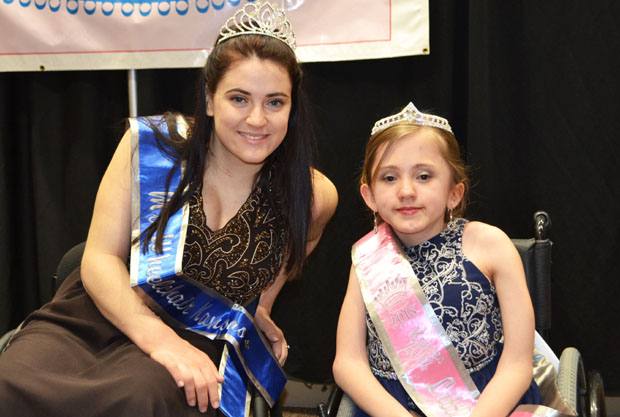 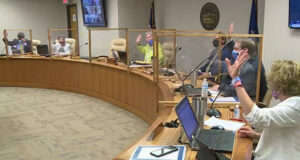