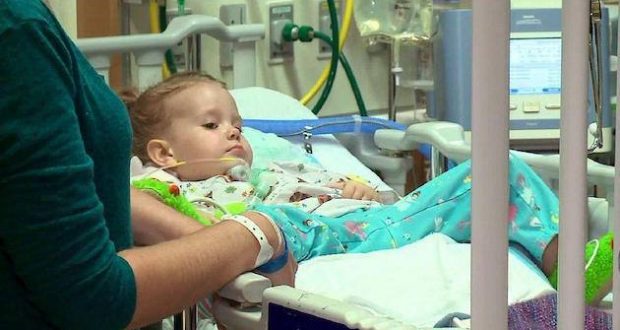 Health officials across the nation fear that polio may be making a comeback. Now, two suspected cases of a mysterious polio-like illness have been reported in Kansas City according  to KMBC News.

Children’s Mercy Hospital said the Centers for Disease Control and Prevention has been notified.

For privacy reasons, doctors are not able to give specifics about the two patients, but they do have the same polio-like symptoms that have shown up in more than 16 other states.

Acute flaccid myelitis is called a mystery illness because doctors do not know what causes it.

The spike in AFM cases is causing concern in part because the symptoms are so severe.

“Potentially, you have a viral infection of some type, and in the weeks after, there’s a presentation of a neurologic presentation with profound weakness that looks like polio,” said Dr. Mary Anne Jackson, an infectious disease specialist.

Jackson said AFM is scary because it attacks the nervous system, specifically the spinal cord. It can cause paralysis, and there is no cure.

However it is extremely rare, the odds of getting it are about one in a million, according to Jackson.

“There is no reason for alarm, No. 1. No. 2, the virus we’re seeing circulating this year, if this is at all related to D-68, is certainly not as severe as it was back when we saw the large national outbreak,” Jackson said.

The last time there was an uptick in AFM was 2014. At the same time, there was an epidemic of the enterovirus D-68.

Currently, there is an uptick in that same virus, but there is still no proof the two are related.

Jackson said she believes a number of different viruses could lead to this polio-like illness, but there is likely a genetic factor that makes some children more susceptible.

Symptoms of this illness are extreme and easy to detect.

“If your child developed profound weakness, especially if it involves any limbs, make sure you see your physician,” Jackson said.

While there is no known cause or cure, doctors recommend standard disease prevention, such as washing hands; staying up to date on vaccinations, including the flu shot; and protecting against mosquito bites, because the West Nile virus has also been linked to AFM.

Previous: Snow forecast for parts of area this weekend
Next: ‘Gosnell’ is a movie you must not miss