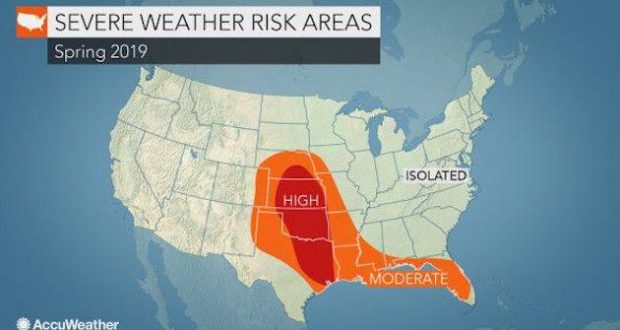 After a winter that started in the fall and broke several records along the way, now comes a forecast for a stormy spring.

Kansas and Missouri are already in tornado alley but this year we may see more tornadic storms, just as we’ve seen more storms over the winter season.

“We believe that the more traditional severe weather region of the central and southern Plains will have a higher potential for tornadoes and severe weather more frequently than they have experienced on average the past three years,” said AccuWeather Lead Long-Range Meteorologist Paul Pastelok.

“I’ve been saying for a while that this going to be a more active severe weather season for sure,” Busby said. “We had a record low number of tornadoes last year, so that is certainly likely.”

The map AccuWeather shared showed Kansas City was just on the edge of the high-risk area but still within the elevated risk. A large portion of Kansas is in the bullseye.

Did you know that forecasters have predictions for tornados? They do.  AccuWeather predicts there will be 1,075 tornadoes in 2019, which is 9 percent more than the 987 tornadoes in 2018. However, the figure is 6 percent fewer than the U.S. annual average of 1,141.