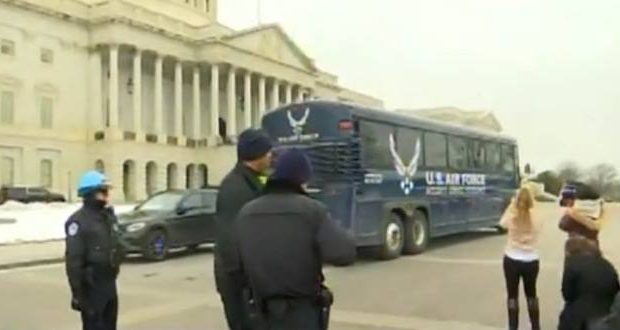 The bus to take Nancy Pelosi, other members of Congress and their families, was already half-full when they received the presidential notice that the junket had been cancelled.

After House Majority leader Nancy Pelosi, her six Democrat colleagues in Congress and 86 of their family members were prevented by President Trump from flying out of the country on a  a weeklong junket at taxpayer expense, an Iowa Congresswoman wants everybody to just stay put in Washington until a Congress passes a budget deal.

Republican Sen. Joni Ernst introduced a bill that would prohibit lawmakers from leaving the nation’s capital if they fail to pass a budget on time. 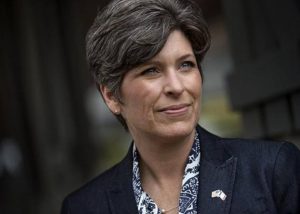 She said Saturday on Fox & Friends that the “No Budget, No Recess Act” is cosponsored by a number of her fellow senators.

Some say it’s about time and that Congress should take the impasse as seriously as the President who has not left Washington and has promised not to do so until a deal can be reached.

According to a press release about the proposal, the act would force member of Congress to stay in Washington, D.C., if a budget fails to pass by April 15 or if regular spending bills don’t pass by August 1.

“This means that Congress would be unable to adjourn for the August state work period — commonly referred to as “recess” — until work is completed,” it stated.

Ernst (Iowa) said that if either requirement wasn’t met, “there would be quorum calls requiring our members to be on the floor twice a day until we work through the impasse.”

The bill was proposed ahead of President Trump’s announcement updating the country on the current government shutdown, as well as the border.

Ernst said that the situation at the U.S.-Mexico border is a humanitarian crisis and that Congress needs to find a way to support Trump and his initiatives.

She added that there are “so many ways forward” but that House Speaker Nancy Pelosi has chosen not to meet with Trump to discuss them.