Home / Faith / Saved from a path of self-destruction 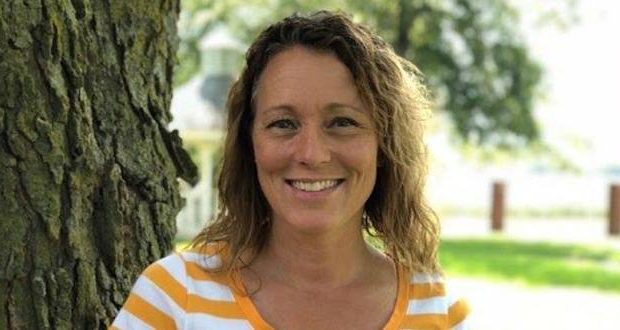 Saved from a path of self-destruction

Marcia Link can trace the steps she took on a walk of self-destruction.

It began after her son, born with cerebral palsy, died at age 9.

“I felt like I had lost the only person who had ever loved me unconditionally,” she says.

Her walk went from depression to addiction. Years of alcohol abuse left her broken, alone, and separated from her other children.

Eventually faced with a choice of going to a women’s center or being homeless, she chose the center, figuring she’d go through the motions. But she came to realize God had a complete freedom in mind for her.

Today, Link is the first student to complete the program at the Adult & Teen Challenge of the Midlands’ Blue River Women’s Center.

Teressa L. Barnes and Curtis W. Barnes, both 55, are executive directors of the women’s center in Beatrice and the Men’s Re-entry Center in Omaha, Nebraska. Teen Challenge International U.S.A.is a department of U.S. Missions.

The center, which opened in 2017, has eight students. The women’s program lasts between 12 and 18 months. Students can stay on for a six-month internship in which they serve as staff.

Teressa says the program is essentially one of discipleship, rather than treatment.

“It’s more about getting the Word of God in than it is about getting something out,” she says. “We believe addiction is a manifestation of a heart issue.”

Instructors begin with a basic understanding: making sure students know who God is, what the Bible says, and who they are in Christ.

“We address the core issues that cause them to use, like fear, rejection, and abandonment,” she says.

After women complete the program, they have a mentor for a year, stay in contact with the center, and serve in a local church. Then they graduate.

It doesn’t mean the women are perfect; it means they’re staying in relationship.

“We’re basically coming alongside them throughout the next year,” Curtis says. “We’re providing support so if they mess up, we’re here. We’re going to show them how to deal with it and move forward.”

Six women have completed the program. Four are expected to graduate in June 2020.

Looking back, Link recounts her own path of self-destruction and tells how God has worked through the program to help her. Beginning at age 4, she had been sexually violated by close family members.
“This abuse left me feeling dirty, confused, and scared,” Link says. “It warped my sense of identity and security.”

She later searched for love in inappropriate places, becoming pregnant at age 17. She cared for her son, born with cerebral palsy, watching him deteriorate more each year.

By the time of her son’s death, she was married to her second husband and had a 5-month-old daughter. Link still could function as a wife and mother, despite her regular drinking.

“It wasn’t until my second marriage ended and I lost custody of my four daughters that my life spiraled out of control,” she says. “At the height of my addiction, my life consisted of sleeping, watching TV, and riding my bike to the convenience store so I could buy more vodka. I didn’t care if I lived or died.”

Curtis and Teressa Barnes have helped many students complete programs in Nebraska.

Link lived on her mother’s couch, until relatives told her to either move to the women’s center or live on the streets. The center changed her life.

“I felt the presence and love of Jesus,” she says. “God has completely transformed me physically, emotionally, and spiritually.”

God has restored her relationship with her daughters and other family members.

Teressa and Curtis have seen women come into the program tattered and angry. When the students begin to understand they’re worthy of love, a spark of hope comes.

“It’s not just about them not using drugs, but living a life of purpose and joy,” Teressa says.

Years ago on a New Year’s Eve, Teressa’s life could have ended in a drug dealer’s dirty basement. That’s were her path of self-destruction had led her. Her pain began after her parents’ divorce when she was 9 years old. She started using illegal substances at age 12 and hard drugs by 15, when she ran away from home. She had her first child at age 17.

She used drugs for the next decade and gave birth to three more children. She married an abusive man and, eventually, ended up in the drug dealer’s basement.

That night, Barnes overdosed on cocaine and thought she would die. So she prayed, telling God that if He preserved her life she’d never do drugs again.

“I didn’t die and I never did drugs again,” she says.

Walking with God began as a slow, painful process. She later committed her life to God and eventually attended Good News Church in Omaha. She met Curtis, who had just graduated from Adult & Teen Challenge, at the church.

Curtis also had an anguished past. His mother died six days before his 12th birthday. His father was imprisoned at the time. Before long, the boy started abusing drugs intravenously. Barnes struggled with addiction for 21 years. During that time, he overdosed from heroin, wrecked cars, experienced beatings and stabbings, and was left for dead.

In 1998, Barnes, then 33, faced five felonies and went to jail for the fifth time in a year. But there, he found reading material about God and committed his life to the Lord.

He enrolled in Adult & Teen Challenge of the Midlands in Colfax, Iowa, experienced deliverance from his addictions, and earned a General Educational Development diploma. Curtis and Teressa wed in 2000.

“We both had some stuff to deal with, but God used him to fill a hole in my children’s lives and today he is father to all my children,” Teressa says.

Besides Teressa’s four children, the Barnes adopted his nephew. The couple are now grandparents.

The 10-bed women’s center in Beatrice has a re-entry program. The eventual goal is to have a re-entry center for women in Omaha or Lincoln, where more jobs are available.

There is a re-entry center in Omaha for men, who’ve been in the program’s initial phase in Colfax, Iowa, for at least seven months. There are 14 men in the re-entry center.

The men obtain a job and open a savings account. They learn to budget and put what they’ve learned in the program’s first phase into practice — such as the importance of prayer, reading God’s Word and being in community with fellow believers — all while managing their time and paying bills.

“We’re basically teaching them how to live as Christian men and getting prepared to lead in a successful way where they have money for a down payment on a car or a deposit on an apartment,” Curtis says. “They’re learning how to juggle all these things they’ve never done before.”

Previous: What’s the truth about the first Thanksgiving?
Next: Avoid arguments at Thanksgiving, point others to Christ 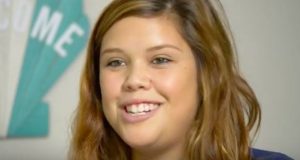 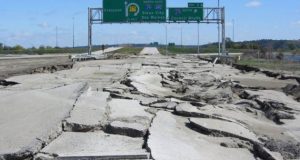 I-29 re-opens after flooding forced closure 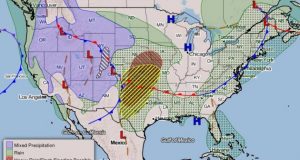 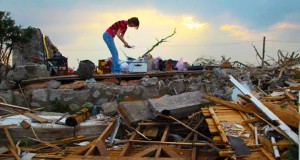 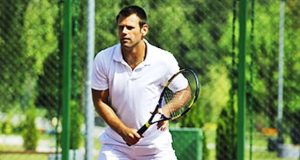 Tennis-playing priests are game on at championship 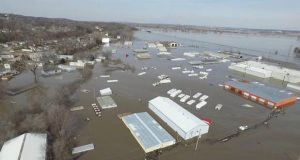 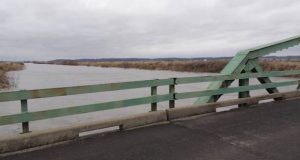 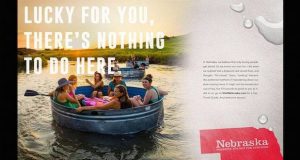 Nebraska has some fun being ‘boring’ in new ads 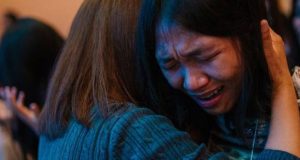 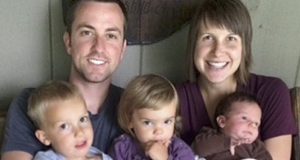 Crash kills missionary family of 5 on way to training