How to Survive Imminent Earthquakes of Biblical Proportions

Francis Slinsky, founder and executive director of Mary’s Way Worldwide Apostolate, today announced the release of his book, Everything You Need to Know to Survive the Worldwide Chastisement With Earthquakes All Around the World Starting Soon. The actual accounts of a miracle-working Capuchin Priest and the predictions that Jesus Christ, Blessed Mother and Padre Pio gave him of this happening in the very near future.

Father David is a remarkable man. As a child, he was miraculously healed by Padre Pio. He became a devoted student of the Italian friar and received the “Sacred Stigmata”, the wounds of Jesus Christ!

Father David’s Sacred Stigmata was witnessed and acknowledged by Pope John Paul II and confirmed by his Vatican doctor. Today, miracles follow Father David wherever he goes. He has seen many apparitions of Padre Pio and Our Blessed Mother, even photographing some of them, which are in this book, with their permission. And at their direction, he has predicted that a time of earthquakes will soon be upon us.

According to Slinsky, a spiritual directee of Father David, the Blessed Mother showed herself to the priest and told him that “the worldwide chastisement, judgment and enlightenment will start soon.” This mirrors a report handed over to the Catholic Church by Padre Pio, which is also in this book, concerning the three days of darkness that are to come. The book discusses this report and its lessons for how to conduct ourselves when such times arrive. It also invokes the words of the Blessed Mother, who tells us what we must do to prepare ourselves and gives us basic guidelines to becoming the saintly children she expects to get into heaven.

But Our Lady has given us more than words. Blessed Mother tells us, in very simple terms, the four things we need to do to get to heaven. So take up your arms – as Everything You Need to Know to Survive the Worldwide Chastisement With Earthquakes explains, a battle draws near! JESUS IS COMING VERY, VERY SOON. ARE YOU READY?

Tagged with: Everything You Need to Know to Survive the Worldwide Chastisement With Earthquakes All Around the World Starting Soon Francis Slinsky mary's way Mary's Way Worldwide Apostolate 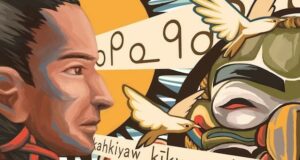 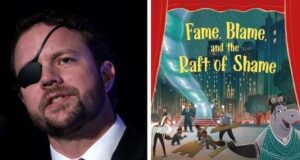 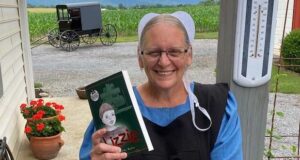 This humble Amish author has sold more than 350,000 books and she’s not done 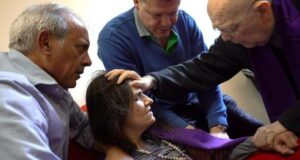 ‘The Devil is Afraid of Me’: Exorcist describes his battle against demons and the occult