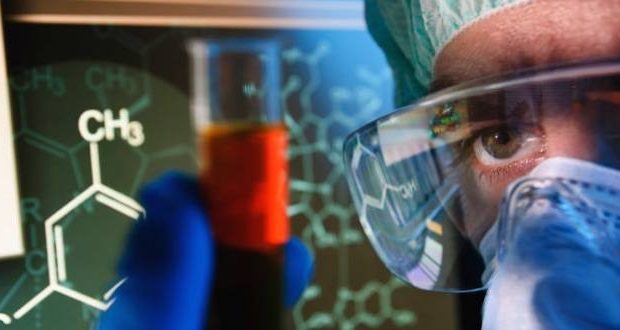 The truth about the search for new drugs and the FDA

The FDA just greenlit a new treatment for osteoporosis, a therapy for advanced bladder cancer, and a pill that can cure smallpox.

All of these discoveries were hard-won. Research for the osteoporosis treatment, for example, began in 1964 and included 19 clinical studies and 14,000 patients. But this drug is now a beacon of hope for the 10 million Americans living with osteoporosis.

Some lawmakers believe federally funded scientists develop new medicines solo — and private-sector firms jump in after all the heavy lifting to manufacture drugs and profit.

Nothing could be further from the truth. The government funds basic research to lay the foundation for targeted or applied research. This early work is crucial, but merely the first step in an arduous and highly risky process that is the domain of private-sector companies.

Each year, the NIH funds research in its own labs and awards grants to scientists at universities and non-profits. These researchers aren’t trying to develop drugs; they’re seeking answers to foundational questions, like how the body’s cells and organs function.

If they identify a promising biological target, a life sciences company — often a small start-up — will explore how to translate that research into a medically useful invention. Biotech startups typically raise funds from venture capital investors or public markets in order to support this research.

But this process wasn’t always so smooth. Before 1980, the government retained patent rights to publicly-funded research discoveries and rarely licensed these patents to private firms. Consequently, federal research dollars rarely translated into therapies for patients. Fewer than 5 percent of patents from federal research funding ever became marketable products.

Frustrated by this, Congress passed the Bayh-Dole Act in 1980 to push discoveries into the commercial sector. The law requires federally-funded research centers to patent promising findings and seek industry partners. Private firms eager to invest pay licensing rights or royalties to the nonprofits that make these discoveries.

The largest pharmaceutical companies in 2019 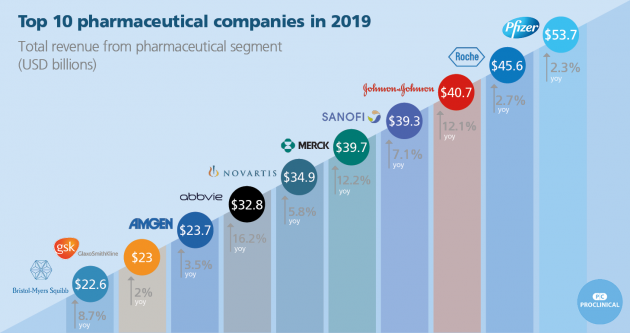 Public-private research collaborations with the NIH skyrocketed 500 percent after Bayh-Dole was instituted. In 2016 alone, private companies invested $90 billion in R&D — nearly triple the budget of the NIH.

Some lawmakers want to regress to the era before Bayh-Dole. They believe the government should own the patents that result from federally-funded research — or, at least set prices on the medicines that are eventually developed.

That’s not smart. Drug development is the riskiest and most expensive product development process on the planet — creating a new smartphone or self-driving car doesn’t even come close. It takes 10-15 years to go from concept to drug, and nine in 10 experimental drugs fail to receive FDA approval.

Alzheimer’s illustrates the enormity of this task. Over the past two decades, more than 150 efforts to develop an Alzheimer’s drug have failed. Scientists keep pushing for a cure as Alzheimer’s and other dementias cost America nearly $300 billion annually.

Addressing these challenges requires a strong biopharmaceutical industry with the know-how — and the financial incentives — to turn research into the medical inventions patients desperately need.

Previous: 5 ways to show you appreciate your pastor
Next: Gal ‘Wonder Woman’ Gadot will star in movie about Christian Holocaust heroine