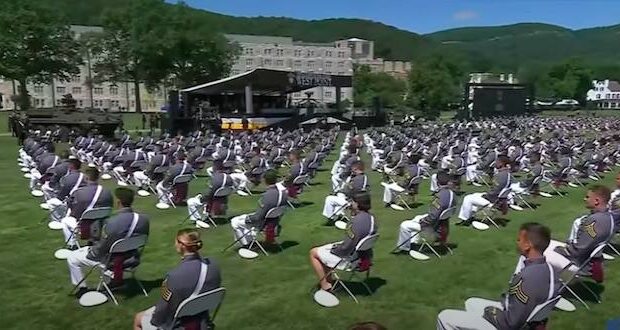 President Donald Trump hailed the foundations of the United States, including God and justice, in an address on June 13 to graduates of the U.S. Military Academy at West Point.

Trump said that carrying on civilization depends on people “who love their country with all their heart and energy and soul” and remarked that U.S. soldiers from the academy helped win “a bloody war to extinguish the evil of slavery within one lifetime of our founding.”

The graduating class featured 1,107 cadets representing every state in America.

“The members of this class have come from every state in our union. You have come from the farms and the cities, from states big and small, and from every race, religion, color, and creed. But when you entered these grounds, you became part of one team, and on family, proudly serving one American nation,” Trump said at the academy, which is about 62 miles north of New York City.

“You became brothers and sisters pledging allegiance to the same timeless principles, joined together in a common mission: to protect our country, to defend our people, and to carry on the traditions of freedom, equality and liberty that so many gave their lives to secure. You exemplify the power of shared national purpose to transcend all differences and achieve true unity. Today, you graduate as one class, and you embody one noble creed: duty, honor, country,” he added.

The Republican president repeatedly touched on themes of nationalism and honor, telling those gathered that the goals of the military now are not to stay embroiled in “endless wars” but to defend the United States from foreign enemies.

He championed America as “the greatest country in human history.” He called the U.S. military “the greatest force for peace and justice the world has ever known.” And he urged cadets to remain “loyal, faithful, and true.”

As protests and riots sparked by the death of George Floyd, a black man, in police custody in Minneapolis continue—with the subsequent fallout including concessions and sharp changes in a number of institutions—Trump pointedly said that, historically, America is unique due to “the durability of its institutions against the passions and prejudices of the moment.”

“When times are turbulent, when the road is rough, what matters most is that which is permanent, timeless, enduring and eternal,” he said, describing the foundations of the country family, God, country, liberty, and justice.

Besides graduates, people in the audience included Rep. Steve Womack (R-Ark.), chairman of the U.S. Military Academy Board of Visitors, Secretary of the Army Ryan McCarthy, and Lt. Gen. Darryl Williams, the 60th superintendent of the academy.

Previous: Ben Carson speaks out against calls to defund police departments
Next: Columbus, Churchill being destroyed along with Confederate statues 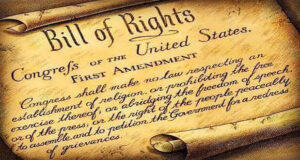