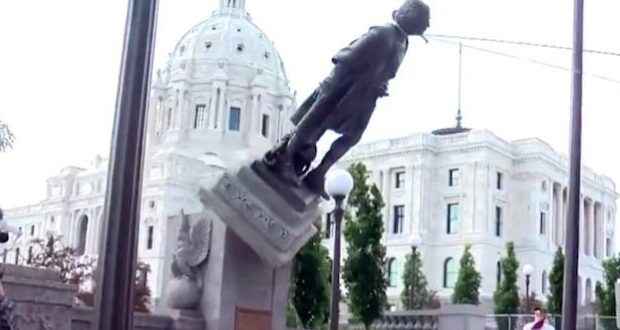 Minnesota Gov. Walz encouraged the idea to destroy the Columbus statue and told authorities to stand down as the Capitol grounds were vandalized.

Statues to Confederate officers across the nation are being vandalized, destroyed or removed. TheHill.com reports protesters have expanded their destruction to include other notable figures like Columbus and Winston Churchill. London’s iconic statue honoring one of the twentieth century’s greatest leaders was vandalized by protesters. The Churchill statue has stood in central London for decades, honoring the man who was central to saving the world from Nazi Germany.

In the U.S., protesters have ramped up attacks by destroying statues to Christopher Columbus and even memorials to slaves. In several cities, the “slave blocks” preserved as a reminder of the dark days of slavery have been vandalized with some cities moving these historic reminders of the slave trade to undisclosed locations.

Here’s a partial list of non-Confederate statues that were destroyed or severely damaged since the beginning of June.

A Christopher Columbus statue was beheaded by protesters on June 10. The city later removed the damaged statue.

A statue of Confederate general Lawrence Sullivan Ross was vandalized on the evening of June 9. The statue had been spray painted with the word “racist” along with “BLM” and “ACAB.” The statue also had a rainbow colored wig placed on its head.

A Texas Ranger statue was removed from Love Field airport on June 11. According to city officials, the decision was made by the Office of Arts and Culture and the airport.

A slave auction block was removed on June 12. The block was the subject of controversy in the city as the phrase “move that block” became a popular chant during the protests.

The Confederate monument in downtown Huntsville was vandalized by protesters on June 9.

Anyone with information on other suspects who vandalized the statues or police vehicle is urged to contact the Miami Police Department at (305) 579-6111. Those with information who wish to remain anonymous may contact @CrimeStopper305 pic.twitter.com/x5r40UEQH5

A statue of politician Edward Carmack was toppled on May 30 outside the state Capitol, The Associated Press reported. Carmack was known for criticizing the writings of Tennessee civil rights journalist Ida B. Wells.

Protesters took a statue of Christopher Columbus threw it into a nearby lake.

Protesters tore down a statue of Columbus outside the state Capitol. A video shows protesters wrapping a rope around the statue’s neck and pulling it down.

The “Old Slave Block” monumet to slaves was vandalized on June 2.

It’s not known how many Columbus statues there are in the United States. Officials and historians in many cities are now  moving to preserve them and other monuments from protesters.

Previous: Trump tells West Point graduates military should not be embroiled in “endless wars”
Next: The doctrines of Black Lives Matter 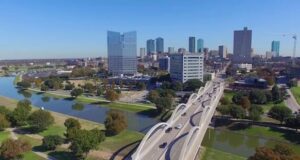