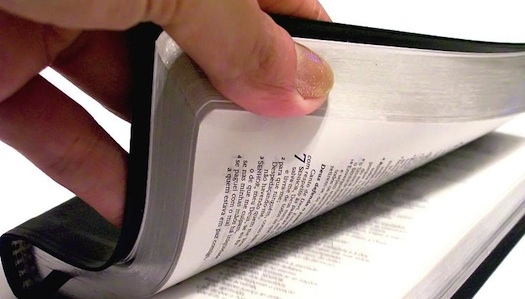 Recorded in the pages of the Guinness Book of World Records, under the “best-selling book of non-fiction” category, you will discover the most sold book in all of history. Coming in at a distant second is Quotations from the Works of Mao Zedong with 800 million copies sold and in third place, The American Spelling Book, selling over 100 million copies. So what is the number one best-selling non-fiction book of all time? The Holy Bible. Since it first hit the 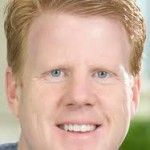 Gutenberg Press in 1451, the Holy Bible has sold more than six billion copies. This does not even include in recent years the number of free YouVersion Bible app downloads which has now exceeded 100 million since 2008 and has now digitized 500 versions of the Bible in over 300 different languages. 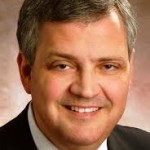 You would think with so many people having access to God’s Word the world would be in a much better state. Instead, recent studies show a growing downward trend of interest in the things of God. In 2010 the Pew Research Center revealed that “Americans ages 18 to 29 are considerably less religious than older Americansâ€¦ Indeed, Millennials are significantly more unaffiliated than members of Generation X were at a comparable point in their life cycle (20% in the late 1990s) and twice as unaffiliated as Baby Boomers were as young adults (13% in the late 1970s). Young adults also attend religious services less often than older Americans today. And compared with their elders today, fewer young people say that religion is very important in their lives.”

SUNDAY, NOVEMBER 2ND Morning Sessions 9:30 a.m. Dave Stone 11:00 a.m. Dave Stone Evening Sessions 5:00 p.m. Dave Stone and Dr. Jason Allen MONDAY, NOVEMBER 3RD 6:30 p.m. Dr. Al Mohler and Jonathan Falwell Lenexa Baptist Church is located at15320 W 87th Street Parkway in Lenexa, Kansas. Learn more at lenexabaptist.com or call 913-599-6447
Yet, even in a time when public display and discourse about matters of faith have been under attack and spiritual interests appear to be on the decline, the Bible is still revered by most as Holy. What is it about the words of the Bible that make it so desirable among people? Why don’t more families read and apply it? Would the world be a different place if they did? Can the Bible really be trusted?

Coming to Kansas City Sunday and Monday, November 2 & 3, these questions and many others will be answered about God’s Word, the Holy Bible.

Make every effort to attend and bring your family and friends!