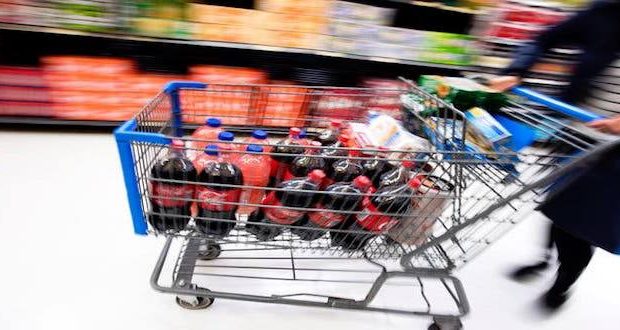 Conservatives are applauding the Trump administration for proposing new regulations that would save taxpayers $2.5 billion a year by ending food stamp benefits for an estimated 3 million people, by taking away states’ ability to automatically enroll welfare recipients in the program.

With the booming U.S. economy, food stamp enrollment has plummeted by 2.5 million since April 2018, according to federal figures. As of April, 36 million Americans were receiving food stamps, taking in an average monthly benefit of $121 per person. Food stamp use reached a peak of about 47.6 million during the Obama administration in 2013, following the Great Recession.

The proposed Trump administration rule would limit states’ ability to enroll recipients earning more than 130 percent of the federal poverty guidelines, generally imposing a ceiling of a $32,640 annual income for a family of four.

State governments “have misused” the flexibility provided to them, Secretary of Agriculture Sonny Perdue recently said.

“Food stamps provide essential benefits to ensure folks facing the loss of a job or other difficult circumstances can put food on the table,” he said.

“The beauty of our system is the Federal Government delegates power to states who are closer to the people and are responsible for delivering benefits, with some discretion and flexibility in how they do so. However, too often, States have misused this flexibility and without restraint, expanded the number of people they serve.”

“We are changing the rules, preventing abuse of a critical safety net system, so those who need food assistance the most are the only ones who receive it,” he said.

Conservatives tend to dislike the federal food assistance program for the poor and disabled, and support efforts to curb it. Republicans in the U.S. House of Representatives tried to impose a similar policy similar in 2018 but couldn’t get the changes through the Senate.

Robert Rector, a senior research fellow at the Heritage Foundation who helped design the federal welfare reforms of the 1990s, told PBS that closing the policy loophole that allows states to hand out federal benefits without properly assessing eligibility for the program is crucial.

The absence of “asset tests in food stamps” has led to “an aura of fraud and abuse, which undermines public confidence in welfare programs,” Rector said. “States are generally not to be trusted spending someone else’s money. Never have been.”

Donny Ferguson, president of Americans for a Better Economy, an Alexandria, Virginia-based nonprofit organization, said ballooning food stamp spending helps the political left by expanding the size and government and ultimately the power of government-employee unions.

Expanding food stamp rolls to people who may not need the benefit allows bureaucrats to demand bigger budgets and bigger government workforces, which in turn grows the government unions, Ferguson told The Epoch Times.

“Lawmakers owe it to taxpayers to ensure their taxes are spent fairly. Government unions are the single biggest source of cash and manpower for liberal political campaigns, and bureaucrats are automatically adding people who never signed up to justify expanding government payrolls. The only reason to oppose anti-fraud measures is to keep taxpayers bankrolling liberal politics.”

Ferguson earned the ire of the left when, in 2013, as a Republican congressional staffer, he took the so-called SNAP Challenge, in which House Democrats limited themselves to $31.50 a week in food expenditures to see if they could survive on food stamps.

Ferguson said at the time, he was able to eat well on just $27.58 for a week and urged that benefit levels be reduced.

“In the old days, people had to show up and apply and then the Obama administration changed it so that after you’re on, you automatically get renewed,”  Susan Carleson, chairman and CEO of the Alexandria, Virginia-based nonprofit Carleson Center for Welfare Reform, told the Epoch Times in an interview. The center is named in honor of her late husband, Robert Carleson, who played a pioneering role in reforming welfare at the state level in California when Ronald Reagan was governor, and then later at the federal level when Reagan was president.

“Food stamps are a temporary measure; they shouldn’t be a way of life,” Carleson said. “Obama wanted to make it a permanent lifestyle.”

Liberals, on the other hand, tend to support food stamps and want to expand the SNAP program. They claim efforts to curtail SNAP spending are mean-spirited and hurt poor people.

Sen. Debbie Stabenow (D-Mich.), who sits on the Senate Agriculture Committee, said the plan “is yet another attempt by this administration to circumvent Congress and make harmful changes to nutrition assistance that have been repeatedly rejected on a bipartisan basis.”

“This rule would take food away from families, prevent children from getting school meals, and make it harder for states to administer food assistance,” she said.

Left-wing activists such as Wade Rathke, who founded the now-defunct Association of Community Organizations for Reform Now (ACORN) that worked closely with Barack Obama before he became president, has long urged that obtaining welfare benefits should be made as easy as possible for the would-be recipient. His group even convinced banks to accept food stamps as income on mortgage applications.

“Why not have computers in grocery stores and community centers—and they are in many libraries now—and in churches and synagogues so that people in working communities have easy access to the software to apply for these benefits?” Rathke asked in 2009.

This could lead to “a huge breakthrough in eligibility,” he added.