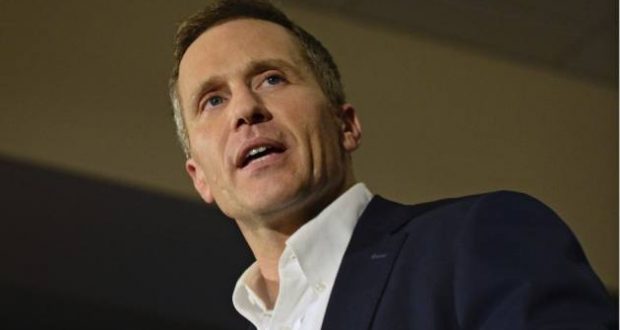 Another case against Greitens dropped: no charges

The Missouri Ethics Commission has now ended a case against Eric Greitens without charges.

After being forced to resign from pressure by his own party, Missouri’s former governor may be wondering “What was all this for?”

The Commission dropped its investigation of Greitens, his campaign committee, Greitens For Missouri, and campaign associate Danny Laub Friday in a letter to all three parties.

The case was closed even though the they believed a $600 violation occurred when the campaign committee submitted an amended Quarterly Report in April 2015.  The report stated that committee employee Laub provided the donor list from Greitens’ charity, The Mission Continues, at a value of $600.

The Commission voted to refer its case in which it found Laub could have committed a criminal violation to Cole County Prosecutor Mark Richardson in June.  Richardson declined to take the case in a letter to the commission earlier this month, stating that there’s no evidence of a violation.

The Commission’s letter Friday, written by Executive Director Elizabeth Ziegler, stated that it had no authority to take any further action against Greitens or his campaign.

Richardson will be leaving his position as Cole County Prosecutor after this year, having lost his re-election bid in this month’s Republican primary.

A Missouri House special committee that was investigating possible wrongdoing by Greitens also looked into the ethics complaint.

The House special committee was dissolved after Greitens resigned from office.  Greitens agreed to resign in exchange for criminal charges against him being dropped.  St. Louis Circuit Attorney Kim Gardner filed felony “computer tampering” charges against him in April for taking the donor list without permission of the charity.  She dismissed her case in June as part of her agreement with Greitens.

The Mission Continues was formed by Greitens in 2007 as a charity to assist veterans.  The charity itself in March said it would support an investigation into the Greitens campaign’s possible misuse of resources.