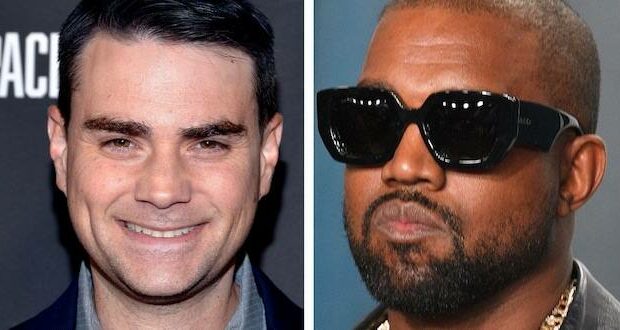 Shapiro said West is spouting “Der Stürmer-type antisemitism,” referring to the Nazi-era newspaper, adding that “nobody should be defending that.” Shapiro also noted that West is an “unstable human being,” suggesting the rapper’s comments may be related to mental illness.

“He is promoting every conspiracy theory about Jews that you can think of, from ‘Jews control the media,’ to ‘Jews somehow perverted my wife sexually,'” he said.

In recent weeks, West, now known by the name Ye, has made numerous comments in interviews and on social media that have landed the popular rapper in hot water and led to blowback on Instagram and Twitter. After much backlash, the 45-year-old, who in recent years has touted his Christian faith and even held “Sunday Service” gospel events, seemingly has both doubled down on his remarks and apologized.

In an interview with NewsNation’s Chris Cuomo, West said the “underground Jewish mafia” is targeting him and he doesn’t believe in the term “antisemitic.” In a since-deleted tweet, West said, “I’m a bit sleepy tonight but when I wake up I’m going death con 3 On JEWISH PEOPLE.”

Shapiro responded to West’s latest statements, in which the rapper claimed the word antisemitism has been used to allow people in the music industry to “get away with murder sometimes,” likening the industry to “modern-day slavery.”

“Here is the difference between antisemitism and naming just a person who happens to be Jewish — that you’re blaming all the Jewish people,” Shapiro said. “If I see a black guy and I’m like, ‘Man, that particular guy really ticks me off,’ that’s not racism. If I say, ‘That guy’s black, all black people are terrible,’ that’s racism. Kanye West does the latter thing.”