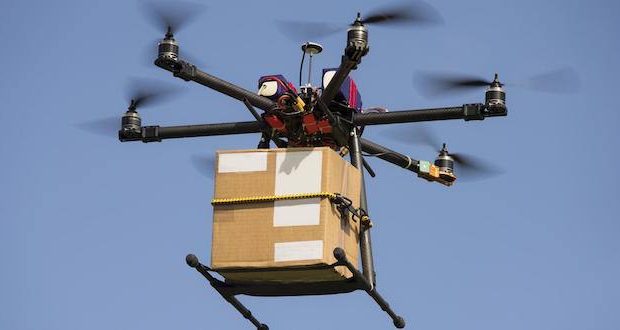 As drones become more common and of greater use to both criminals and terrorists, state legislators are considering bills to ban their use in certain places like prisons.

Since 2016, the Missouri Department of Corrections has reported 11 drone sightings near state prisons, and the fear of weapons, drugs and other contraband being dropped inside the gates caused the department to reach out to state legislators about a solution.

Now a bill being sponsored by Rep. Mike Henderson, R-Bonne Terre, may solve the issue.

“The Department of Corrections actually came to me with the issue and said, ‘We have a problem,’” Henderson said. “I told them I was willing to try to take that on and see if we can get this passed before we end up with a major incident.”

According to DOC spokesperson Karen Pojmann, there are no confirmed cases of contraband being dropped by drones into the perimeters of state prisons.

“We haven’t made any direct or confirmed connections between unmanned aircraft and contraband, but it’s certainly possible that contraband has been brought in by unmanned aircraft that weren’t spotted,” Pojmann said. “Drugs have been found inside balls used for athletic activity, for example, or have appeared on the ground with no clear point of origin.”

The law proposed by Henderson would make it a misdemeanor for anyone to knowingly fly a drone within 300 vertical feet and within the furthest perimeter of prisons, with felony charges being added for attempting to drop in contraband.

“There’s exemptions in it such as law enforcement can still fly one, because what if the sheriff’s department for some reason needed to fly over the prison, or what if there’s a riot,” Henderson said. “And actually the director of the prison, if someone’s doing a mapping project, can give special permission to fly one over there. So we’ve got all the safeguards built into it.”

If passed, the bill would make Missouri the 12th state to regulate drones near state prisons, mimicking the laws on federal prison drone activity that were passed in 2018 by the Federal Aviation Administration.

“It’s catching up with new technology,” Henderson said.” Who thought when Jeff Bezos got on ‘60 Minutes’ and talked about delivering Amazon packages with drones — everybody laughed. And now we’re talking about doing a drone bill because they could fly things into our prisons. That’s kind of how far it’s gone.”

The bill was voted out of the Missouri House’s Corrections and Public Institutions Committee on Tuesday morning, and it is expected to be put on the House calendar within the next few weeks.

“As technology keeps changing, sometimes we just have to update the law, and that’s all we’re really doing here is trying to update the law in a common-sense way to make sure we keep the people in the correctional facilities safe, both the officers and the offenders,” Henderson said. “This won’t be the last time we have to keep updating, I’m sure, because of new technology.”