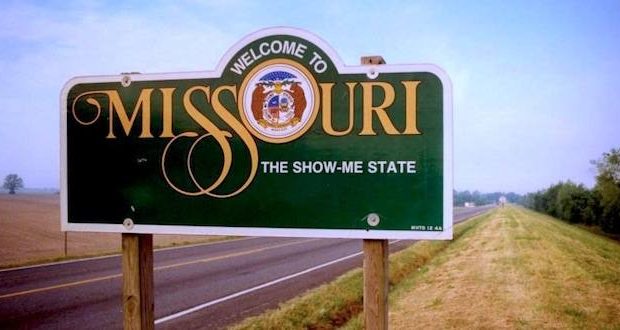 Bingo and roads ballot measures: How to vote?

This proposed constitutional amendment would allow expansion of advertising for Bingo. It would also allow a member of a licensed organization conducting bingo games to participate in management of bingo games after 6 months instead of two years, which is currently included in the Missouri State Constitution.

Bingo is not riverboat gambling and may not be as addictive or potentially destructive. It provides a means of fundraising for faith communities and other non-profit organizations.

We are not making a recommendation on Amendment 4, other than to encourage voters to make an informed decision.

Proposition B: Gradually Increasing the Minimum Wage to $12 per Hour

A “yes” vote will amend Missouri statutes to increase the state minimum wage rate as follows:

While a multi-year phase in of gradual increases over years would be better than a one-step jump to $12 an hour, like some political subdivision have done, forcing many small businesses to close, this proposition is opposed by business organizations.

Supporters of Proposition B emphasize that the current minimum wage is not a livable wage and that past minimum wage increases have not kept up with the cost of living. That argument is countered by business groups that would say the minimum wage was not meant to be a livable wage, but designed for entry level employment for high schoolers and those just entering the work force for experience.

We are not making a recommendation on Amendment 4, other than to encourage voters to make an informed decision.

Proposition D would amend state law to increase funding for law enforcement and increase the motor fuel tax by two and one half cents per gallon annually for four years beginning July 1, 2019, exempt Special Olympic, Paralympic, and Olympic prizes from state taxes, and to establish the Emergency State Freight Bottleneck Fund.

Missouri has more highways and roads than Nebraska, Kansas and Oklahoma COMBINED! Yet, the tax by which we generate the funds to improve and maintain those roads is less than any of those states and ALL neighboring states. Missouri has the second lowest gas tax in the nation with one of the largest highway systems. Every wonder why I-70 is so poor? There’s a reason for that. We don’t adequately fund road maintenance. That is why we are recommending a “YES” vote for safer and better roads and bridges.

The increased state revenue from the gradually increased fuel tax would also generate a billion dollars or more in federal matching funds for Missouri roads and highways.

Fair Ballot Language for Proposition D states that a “yes” vote will amend Missouri statutes to fund the Missouri State Highway Patrol’s enforcement and administration of motor vehicle laws and traffic regulations. The source of the funding will be revenue from an increased state tax on motor fuel (including gasoline, diesel fuel, kerosene, and blended fuel). The current state motor fuel tax rate is seventeen (17) cents per gallon. The amendment will increase the rate as follows by 2.5 cents per year. With that increase the tax on gas would be the following and would still be lower than neighboring states.

If passed, the tax per gallon each year would be:

The amendment will require the State Auditor to monitor and audit the state’s use of the revenue generated by these taxes every two years.

Additionally, the amendment will allow a state income tax deduction for the value of any prize or award won in the Olympics, Paralympics, or Special Olympics; and it will create an “Emergency State Freight Bottleneck Fund,” which will be dedicated to financing road improvement projects in the state.

Although previous ballot initiative to increase the fuel tax for construction and maintenance of Missouri, roads, bridges and highways have failed, there is strong bi-partisan support for this Proposition.

It is supported by many because it is a moderate increased phased in over years. State law enforcement would receive increased funding. It would generate hundreds of millions in additional tax revenue for Missouri roads, highways and bridges and trigger a billion dollars or more in federal matching funds. The State Auditor would act as a watchdog to ensure funds are used for their intended law enforcement and road improvement purposes.

For these reasons we encourage voters to vote “YES” .

We encourage voters to make an informed decision on Proposition D.