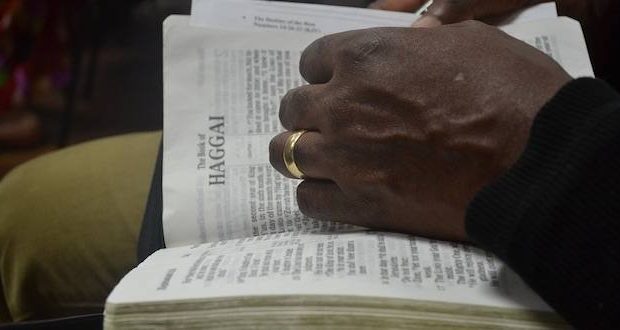 African-Americans have higher levels of Bible use and engagement and are more concerned about the decline in morality than the general U.S. population, a recent study has found.

The latest State of the Bible survey by American Bible Society found that African-Americans ranked exceptionally high when it comes to areas of biblical engagement.

Overall, African-Americans ranked higher than other Americans when it comes to: listening to a church leader (48 percent) versus a business leader (9 percent), owning at least one Bible in their homes (93 percent), wishing they read the Bible more (74 percent), downloading or using a Bible app on a smartphone (52 percent), and increasing Bible reading in the last year (26 percent).

Interestingly, 51 percent of African-Americans are still more optimistic about the future than Whites (32 percent) or Asians (24 percent). While about half believe the Bible strongly discourages pornography and prostitution, as a group, they are less certain about what the Bible says about politics and public life than other topics.

Stil, 92 percent say elected leaders should display peace, kindness, gentleness and self-control, and 61 percent believe the Bible is the moral fabric of the U.S. compared to 39 percent who believe the U.S. Constitution is.

Roy Peterson, president and CEO of American Bible Society, said the study indicates that African-Americans know that Bible engagement can impact all areas of their lives for the better.

“The Bible is the source of ultimate hope and joy,” he said. “People who devote time in it can discover for themselves how the Word of God can help make sense of life.”

The American Bible Society’s nationwide survey, conducted January 2018 in partnership with Barna Group and involving 2,040 interviews, also found that Bible use is high among city dwellers, at 53 percent, and small town or rural residents, at 49 percent, compared to adults who reside in the suburbs, at 42 percent.

The study’s findings corroborate a separate report from the Pew Research Center, which found that black women tend to be the most religious demographic, with 80 percent of them saying that religion is “very important” to them. By comparison, 69 percent of black men said the same.

In general, Pew has found, African-Americans are more religious than whites and Latinos, and they are more likely to say they read the Bible regularly and consider it to be the Word of God.

“For African-Americans, the Bible’s Exodus narrative is a cultural touchstone,” a Pew analysis reads. “Since before the Civil War, the story of the Israelites’ slavery and deliverance has spurred comparisons to black people’s experiences in the United States.”