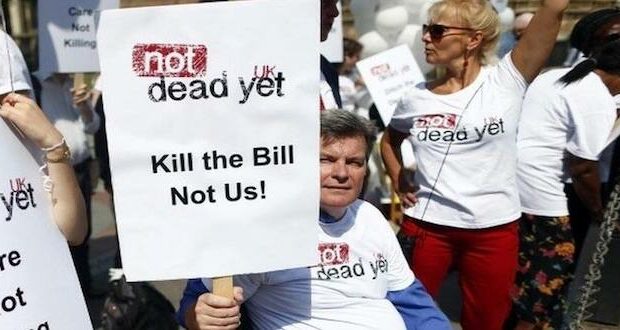 An open letter with 1,689 signatories, including current and retired physicians, nurses, pharmacists, and medical students, said “the shift from preserving life to taking life is enormous and should not be minimized.”

The signatories said they would not take patients’ lives, and called on the government to not change the law.

The Assisted Dying Bill, which would allow terminally ill adults to legally seek assistance to end their lives, will have its second reading in Parliament on Friday.

Supporters say it will give people with terminal illnesses greater choice and control over how and when they die, with safeguards in place to protect them and their loved ones.

But opponents say it will put pressure on people to end their lives as had happened in some European countries.

“Any change [to the current law] would threaten society’s ability to safeguard vulnerable patients from abuse,” the letter reads.

“It would undermine the trust the public places in physicians, and it would send a clear message to our frail, elderly, and disabled patients about the value that society places on them as people.”

The campaign group, Our duty of care UK, said the legislation is a slippery slope, citing the example from Canada.

Canada legalised assisted suicide for the terminally ill in 2016. The law has now been expanded to include people with “a serious illness, disease, or disability” which is deemed irreversible. Mental illnesses will be included from March 17, 2023.

The group also cited a Belgian study, saying a quarter of physician-assisted deaths in the Flanders region in 2013 occurred without patients’ consent.

The letter came as three faith leaders expressed their “profound disquiet” over the Bill.

Archbishop of Canterbury Justin Welby, Roman Catholic Cardinal Vincent Nichols, and Chief Rabbi Ephraim Mirvis have written to Javid, warning him of “the ‘real-life’ practical inadequacies of the proposed safeguards.”

The faith leaders said they believe “the aim of a compassionate society should be assisted living rather than an acceptance of assisted suicide.”

The campaign group Dignity In Dying said assisted dying is an issue for those “whose time has come,” and claimed the majority of the public support a law change.

Tom Davies, British Medical Association’s director of campaigns and communications, said doctors opposing assisted dying won’t be forced to participate and they “should not stand in the way of giving dying people choice over their deaths.”

Sherrie Deacon, a 29-year-old who has been living with terminal cancer for two years, told the BBC that she wants to live, but doesn’t want to go through “the later stages” because she feels she will lose her dignity.

But Nikki Kenward, a mother who became paralysed by Guillain-Barre Syndrome 30 years ago, told the broadcaster that before she got ill, she thought she wouldn’t want to live “if anything like that happens” to her.

Kenward said assisted dying isn’t just about the individuals who wish to die, it “is about the door that will open for other people who are seen as less worthy,” she said.

“It stops you [from] mattering because you can just be got [sic] rid of. And then that will change the way we see each other. It’s too dangerous,” she added.

The Ministry of Justice said any law change “in an area of such sensitivity and importance” is for lawmakers rather than the government to decide.

Previous: Google bullies Roku for data privileges
Next: How low can rates go?