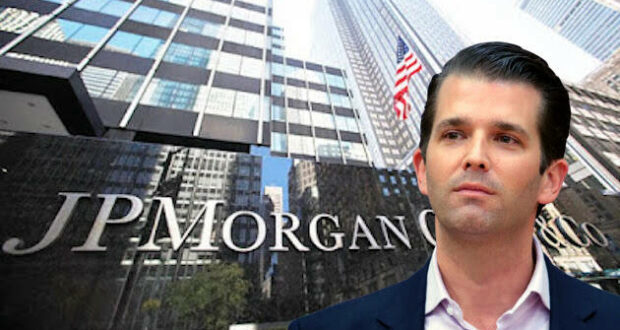 JPMorgan Chase, owner of the online payment system WePay, has reversed its decision not to handle payments for a Missouri Donald Trump Jr. event.

Organizers said even after public pressure forced the bank to change its mind, there was not enough time to finish organizing the event.

The Defense of Liberty PAC event was scheduled for December 3 in St. Charles. The organization was expecting approximately 3,000 people to attend. An organizer said tickets ranged from $70 to $250 and included a $500 per person pre-event with Trump Jr.

JPMorgan Chase, owner of the online payment system WePay, told the PAC last week that it was cutting ties and would not do business with the group in the future. They cited a terms-of-service violation that bans “hate” groups. A copy of a message sent to the PAC that was forwarded to a Missouri news outlet reportedly said, in part, “Per our terms of service, we are unable to process for hate, violence, racial intolerance, terrorism, the financial exploitation of a crime or item or activities that encourage, promote, facilitate or instruct others regarding the same.”

WePay refunded $30,000 in ticket sales, then said it had made a mistake and reversed its decision. “After further review, we determined that this organization didn’t violate terms of service, and we are reaching out to the client to discuss reinstating the account,” the statement said. “To be clear, we have never and would never close an account due to a client’s political affiliation.”

Former state Rep. Paul Curtman, a Republican who founded the PAC, told “The Independent” that even though WePay reversed course, the disruption still would result in the event being canceled and rescheduled. Organizers are considering dates in February. The group’s website says the gathering is “being rescheduled due to leftist attempts to cancel us.”

State Sen. Bill Eigel, a Republican who also is involved with the Defense of Liberty PAC, tweeted on Thursday: “The damage is done and we will be unable to complete the event on 3 December due to the loss of ticket selling days. Too little too late from @jpmorgan. We will not let the #cancelculture silence us and @DonaldJTrumpJr — this fight is just beginning.”

State Treasurer Scott Fitzpatrick on Thursday issued a news release that the reversal came after he wrote a letter to Chase CEO Jamie Dimon that the state will not do business with the bank “or any other financial institution that discriminates against customers based on mainstream political ideology so long as that discrimination continues.”