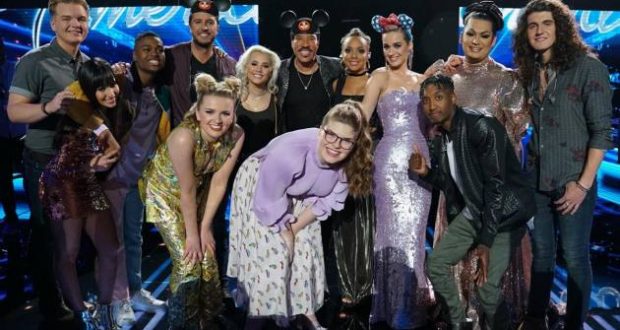 The reboot season of American Idol on ABC is well underway, and fans across the world are tuning in to what might be the most diverse group of contestants the show has seen.

Last Monday night, the top 10 finalists were chosen to move on to this week’s performances where viewers vote LIVE in real-time to choose who moves on to the next round.

The group of 10 contains people from all backgrounds, including immigrant Michelle Sussett who moved to America three years ago from Venezuela, a transgender performer named Ada Vox, and rock’n’roller Cade Boehner who is a part-time rocker, part-time minister. Despite some extreme contrasts between characters in background and musicality, more than half of the contestants have one thing in common: Jesus.

Six of the 10 remaining singers on the show have declared Jesus as their savior and are using their platforms to glorify God.

Foehner, the most vocal in his faith, continues to wow the judges with his rock-n-roll performances. During the top 24 finals two weeks ago, he stunned judge Katy Perry eliciting quite a reaction.

“Are we even allowed to show this on ABC, oh my gosh is this rock and roll?” Katy jokes. “I saw some things that my minister parents had to shun.”

Foehner replies, “I’m a minister too so it’s okay.”

The minister-rocker openly shares his faith across his social media platforms and repeatedly gives thanks to God.

After he soared through to the top 10, he posted, “I know for certain I do not deserve a single bit of this, yet our Lord did this. I am humbled and grateful.”

But Foehner’s not the only one pointing upward. Five other contestants are also outspoken Christians, including country singer Caleb Hutchinson.

The two are seen pictured together on Hutchinson’s Instagram where he calls Foehner his brother in Christ.

Foehner replies to Hutchinson saying, “You make me want to serve Our Lord all the more. I see your good works and I glorify Him.”

Hutchinson also openly thanks God for his advancement in the competition writing in a separate post , “Thank the Lord for this amazing experience and the amazing friends I have made so far.”

The four other Christians in the competition are Gabby Barrett, Michael J. Woodward, Dennis Lorenzo and Michelle Sussett.

Barrett, also a country singer, shared a video during Easter weekend of her singing the lyrics, “Were you there when they nailed Him to the tree?” And she reminds her followers to “count their blessings.”

Woodward, Lorenzo, and Sussett all also share faith-based posts on God’s work in their lives.

After the voting Sunday, April 29, Lorenzo and Sussett did not make the Final Seven. This still leaves the Christian group filling four of the seven final slots.

“I am feeling very accomplished right now,” Lorenzo said. “This is not a thing that we have to look at as a failure. There’s two ways you can look at this, you can say I got kicked off the show or I made it to the top 10. And all of us made it to the top 10 and we should be really excited and proud of ourselves.”

Southern rocker Cade Foehner put an unexpected twist on “Kiss the Girl” from “The Little Mermaid,” bringing in traditional rock elements but this time opting for an acoustic guitar instead of his typical electric. Since it was “Disney Night,” all the contestants performed Disney songs.

“Well, you know, playing rock music and having Disney as your theme, it’s a little daunting,” Foehner said. “So I got with these amazing vocal coaches here, we worked on it and started hashing out ideas and came up with an arrangement, and I could not be more happy with it. I really do feel like it’s my song.”

Ryan Seacrest, the show’s host, asked Foehner after his performance if the song was about anyone in particular. As the camera panned to fellow contestant Gabby Barrett in the lounge backstage, Foehner said, “Well, I’m not gonna say any names, because I wasn’t really prepared for that, but you know it’s a romantic song and you could have anybody in mind you wanted to have in mind.”

The show will now air once a week for three weeks before the season finale. Sunday May 5 will see the field narrowed from seven to five. 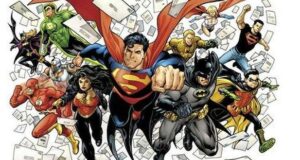