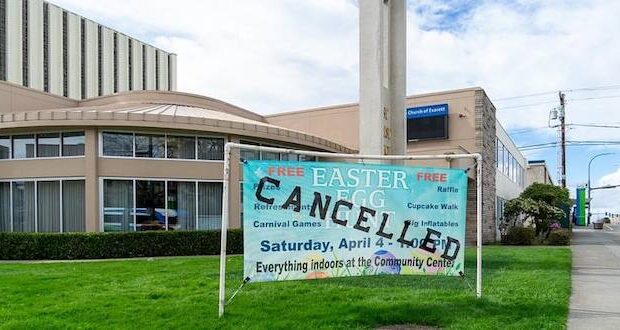 Parson said during a news conference that Missourians have “stepped up to do their part” in helping to reduce the spread of the coronavirus, allowing the state to move ahead with plans to allow businesses and other organizations to reopen starting May 4. He said more details will be announced this week about how the reopening will work.

The Republican governor said the guidance he will outline will include religious services, weddings, outdoor functions such as sports and graduation ceremonies. He said restrictions may vary depending on the location. “Some communities will be able to open at a faster rate than others,” Parson said.

The opening comes as millions across the nation question the need to continue mandatory state-at-home lockdowns with the Justice Department investigating several states for ignoring freedoms guaranteed under the Bill of Rights. Thousands attended a rally last week calling for Parson to open up the state.

The shutdown has forced hundreds of Missouri businesses to close since March. Nearly 400,000 Missourians have filed for jobless benefits over the past five weeks. The number of confirmed cases of coronavirus in Missouri increased by 200 on Friday to 6,506, and deaths rose by 10 to just 252, according to Johns Hopkins University’s Center for Systems Science and Engineering, which is monitoring cases worldwide. Figures from the state health department had even higher numbers: 6,625 confirmed cases and 262 deaths. Comparatively, over 3,700 Missouri individuals died in 2017 from accidents that included ladder falls, farm mishaps, and drowning. Almost 1,000 persons die annually in Missouri from drug overdoses.

Parson announced he has extended an emergency declaration through June 15. The declaration allows the state to maintain waivers and suspensions of some statutes and regulations

The state plans to test workers at meatpacking and food plants in Moniteau, Saline and Buchanan counties, where dozens of workers have become infected. The state health department said all 2,800 workers at the Triumph Foods pork plant in St. Joseph will be tested, even those showing no symptoms.

The financial squeeze of the outbreak has led Children’s Mercy Hospital to furlough nearly 600 employees for up to two months, the Kansas City Star reported. Top executives will see pay cuts, ranging from 20 percent for vice presidents to 30 percent for CEO Paul Kempinski.

Previous: B-2 Stealth Bomber performs flyover to honor medical facilities
Next: Plenty of good news is happening even amid the ongoing pandemic