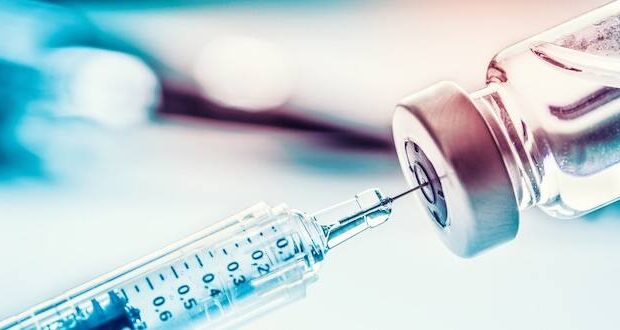 For those planning to get a vaccine for coronavirus when it becomes available, the end of the year may bring good news.

Dr. Randall Williams, director of the Missouri Department of Health and Senior Services (DHSS), believes a COVID-19 vaccine could be available by Christmas.

“I think we will have a vaccine in December,” Williams told “The Missouri Times”. “I think it’s going to work really well. We’re incredibly appreciative of our friends at Pfizer and Washington University and St. Louis University; they’re doing clinical trials.”

Williams said Pfizer’s is one of six vaccines currently in development. The timeline came from a recent meeting of the Association of State and Territorial Health Officials, where Williams said an update on the vaccine was given. Williams noted the timeline wasn’t a guarantee, but said he felt confident that Missouri could see results by then.

“My message to Missourians is: If you can just hold on for five or six more months, I think if we can get there we’ll be just fine,” Williams said. “Local entities know their prevalence and know what’s going on in their communities, so they’re allowed to make stricter ordinances The governor has done a phenomenal job of communicating and making sure everybody’s listening to each other. That’s been a positive to me.”

“We’re watching the NFL carefully, because they are ahead of us,” he said. “We’ve already seen some things with Major League Baseball that didn’t go the way we hoped they would, and you learn from that. … [University of Missouri’s] thinking is like ours, which is: It is better to prepare like we’re going to do it, and then if we have to change course, we will.”

Williams believes a college football season is likely, but sporting events might not look the way they have in the past. “When you say ‘normal,’ meaning completely packed, shoulder to shoulder, I think the University of Missouri and the SEC have thought a lot more about it than me,” he said.

The news comes as health professionals still question if a vaccine will ever be available.

Britain’s Guardian newspaper reports that, “Vaccines are simple in principle but complex in practice. The ideal vaccine protects against infection, prevents its spread, and does so safely. But none of this is easily achieved, as vaccine timelines show.”

The newspaper went on to report that more than three decades after scientists isolated HIV, the virus that causes Aids, there is still no vaccine–even with tens of billions spent to procure one. “The dengue fever virus was identified in 1943, but the first vaccine was approved only last year,” the paper reports, “and even then amid concerns it made the infection worse in some people. The fastest vaccine ever developed was for mumps. It took four years.

The Guardian says that this is not the first time scientists have sought a vaccine for the coronavirus so they are not starting from scratch. “Two coronaviruses have caused lethal outbreaks before, namely Sars and Mers (Middle East Respiratory Syndrome), and vaccine research went ahead for both. But none have been licensed, “partly because Sars fizzled out and Mers is regional to the Middle East. The lessons learned will help scientists create a vaccine for Sars-CoV-2, but there is still an awful lot to learn about the virus.