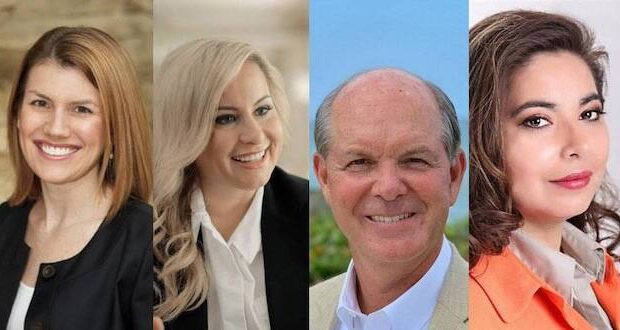 The struggle to unseat Democrat Sharice Davids for the Kansas’ 3rd Congressional district seat may be an uphill battle for Republicans. While political junkies may be familiar with Davids’ ties to the radical wing of her party, her handlers have maintained a more moderate tone in communications with the vast majority of 3rd District voters. Her communications on Twitter and other social media almost make one wonder why voters bothered to replace Kevin Yoder.

In addition, while voting with Nancy Pelosi on virtually every issue, Davids has remained out of the headlines, contrary to her political twins Alexandria Ocasio-Cortez (D-NY) and Minnesota Democrat Ilan Omar.

No doubt media will reinforce this image and, in particular, The Kansas City Star, whose coverage of her initial campaign was so brazenly deceitful and biased, even for their tawdry record, that it was shocking.

That’s why it is important for Republicans to pick the right candidate in the August 4 Primary Election.

There are four Republicans vying for the seat and all four bring a variety of gifts to the campaign. They are Adrienne Vallejo Foster, Amanda Landes Adkins, Sara Hart Weir and Mike Beehler. This is the first time that so many women have vied to be the Republican candidate and their presence, against Davids, is an important and game-changing factor. 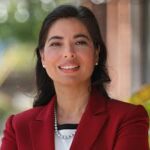 Adrienne Foster was born and raised in Kansas City, Kan. She is the former well-respected mayor of Roeland Park and also sat on the City Council there. President Trump appointed Foster to serve as the Small Business Administration Region 7 Advocate. Of the four, she is the clear conservative favorite. In one online poll in a 3rd District conservative group, Adrienne had 4 times the votes as the person in second place and almost doubled the other three candidates combined. Foster, who is Hispanic, says she’s the best candidate to appeal to an increasingly diverse ethnic demographic in the district which elected Davids who is part American-Indian.

Adrienne and her husband, Stephen, raised five boys who are now ages 15 to 25. They are members of St. Vincent de Paul Church in Kansas City, Kan. 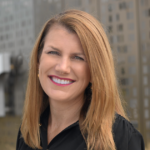 Amanda Adkins recently stepped down as the Vice President of Strategic Growth at the Cerner Corporation to run for Congress. Politically, she was a two-term Chair of the Kansas Republican Party, heading it up during a very successful period. Prior to her employment with Cerner she spent time in Washington D.C. as professional staff in both the House and Senate. She was also the Executive Director of GOPAC, a well-known conservative political PAC.

Amanda served on the Executive Committee of the Kansas Chamber of Commerce for 14 years and previously served on the Boards of The Salvation Army and The Entrepreneur Coalition.

If there is an “establishment” candidate, it would be Amanda. Obviously very talented, she will raise the most money but has not inspired the base in the same way that Foster has. 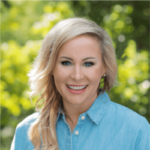 Sara Hart Weir is the former President and CEO of the National Downs Syndrome Society. Considered by some to be a one trick pony owing to her lack of political experience, an early article indicated that she was the choice of the Republicans’ moderate wing. However, she appears to be charismatic and is a strong campaigner, winning her friends and supporters across the political spectrum and possibly placing her in the lead overall.

All three of the women are strong organizationally, talented and articulate. Unfortunately, the campaign has taken an angry turn in the past few days with Amanda and Sara trading negative mailers and ads. Adrienne Foster seems to have become the benefactor of that bickering as she’s managed to stay above the fray and negativism. 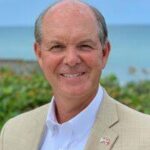 Mike Beehler is a late-comer to the race. He is an engineer and retired Burns and McDonnell executive. He now splits his time between a home in Florida and another in Leawood. He touts himself as a Constitutional conservative. Voters may be most familiar with him because of the considerable amount of money he’s spent on radio spots. He touts his experience as an engineer making him ready to help implement infrastructure spending that President Trump wants. He and his wife have been married almost 40 years and have four adult children.

Of the four candidates, only Foster has been open about her faith and the fact that she is an active participant in a church community. Faith remains absent from each of the other candidate’s websites.

The Kansans for Life PAC has endorsed all four candidates.

Previous: COVID vaccine may be available by end of year in Missouri
Next: SpaceX Crew Dragon to splash down Sunday