Area churches are among the most likely to reopen during the coronavirus pandemic, according to a new survey by Lifeway Research, which is the research arm of the Southern Baptist Convention..

Evangelical Protestant congregations in the Midwest or South area leading the way reopening. However, those churches that have reopened have made significant changes. “Resuming in-person worship services has not been reverting to worship as usual,” LifeWay Research Executive Director Scott McConnell said in a written statement.

By theological affiliation, 82 percent of pastors who identify as evangelical said their churches gathered in person for worship in late July, compared to 57 percent of pastors who identify as mainline. Doctrinally, that shouldn’t make a difference, McConnell told Religion News Service. But many evangelicals also tend to be more politically conservative, and the split falls along political lines as the pandemic has become politicized.

Over half of all cases deaths in the nation have been in the Northeast and of those most have been in nursing homes where New York Governor Andrew Cuomo placed active COVID patients.. This disparity has led many to question the lockdowns in the rest of the country where the infection rate remains below that of the regular flu.

These numbers dropped off this past weekend in the West as California has closed churches and businesses amid a spike in COVID-19 cases across the state, McConnell noted. They’ve remained low in the Northeast, which was hit hard by the pandemic early and continues to take precautions “very seriously, even though they’re eager to get back to worship as well,” he said. The northeast has also recently changed its reporting measures in contrast to the rest of the country which is now often counting deaths as a result of heart attack, cancer and other causes as COVID deaths if the person also had COVID-19 at the time of death.

The increased number of tests, and how COVID deaths are counted, has led to confusion among local health officials, media and medical professionals. It has also led to reestablishment of some local restrictions in many states including how churches reopen.

“I think that fairly well follows just the flow of how this pandemic has gone in the United States, but given the flare-ups in some places, the churches that reopened have been following in many cases some rigid standards, but, at the same time, is that enough? Those questions I think will increasingly be asked,” McConnell added.

Overall, 71 percent of all Protestant churches met in person for services last weekend and 73 percent the weekend before, according to the LifeWay data.

Previous: Missouri leaders outline true cost of proposed Medicaid expansion
Next: COVID vaccine may be available by end of year in Missouri 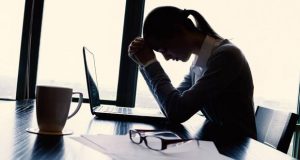