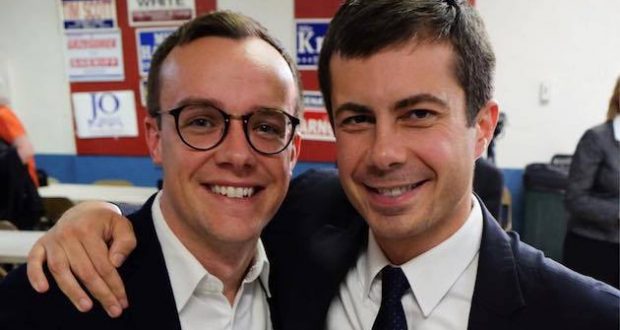 Pete Buttigieg has been coming on strong in the Democrat presidential primary race but has struggled to gain support among African Americans. Especially those that attend church.

Black Americans have been slow to embrace homosexuality and polls show them least likely to support homosexual marriage. For a gay man married to another man, it could be seen as a leap to garner support from those who disagree with his choices.

That did not deter Buttigieg as he attempted to make inroads last Sunday with a visit to Greenleaf Christian Church in Goldsboro, N.C., according to Religion News Service.

The liberal church, where William Barber has served as pastor since 1993, is in many ways the headquarters of the new civil rights struggle. Barber was co-chair of the Poor People’s Campaign, a multiracial national effort to alleviate poverty that borrows from Martin Luther King Jr.’s last major project. The movement has been helped in great degree by the lowest black unemployment in history brought on by the Trump economy.

Buttigieg won warm applause for his positions on raising the minimum wage, increasing access to unions, bolstering public schools, eliminating private prisons and providing Medicare to all who want it, among other issues

Buttigieg, at the church, said he had been challenged by a speech Barber gave in Philadelphia years ago to live out Jesus’ call to visit the prisoner and welcome the stranger — values he said he took to heart during his eight years as mayor of South Bend, Ind.

“In this eight years, often we have come up short, but often we’ve been able to advance together when our priorities were in the right place — reducing poverty, improving health and growing the city,” he said.

Barber took pains during Sunday’s service and later during the forum to dispel what he called a “false narrative” that blacks won’t support Buttigieg for another reason: because he is openly gay

“If you’re authentically Christian, you have to be open and affirming,” Barber said, reminding his church that many of their heroes, including poet and novelist Langston Hughes, playwright Lorraine Hansberry and civil rights strategist Bayard Rustin, also had same-sex attraction.

Many political observers say it’s not a stretch for a gay politician to reach out to a liberal church that might not criticize his choices. The real test is the vast majority of black voters who would.

Since the 2016 election, brought on in large part by a booming economy and policies, support for President Trump in the African-American community has tripled.

Previous: The Little Baby Jesus
Next: Liberty University starts think tank to counter belief that Jesus was a socialist