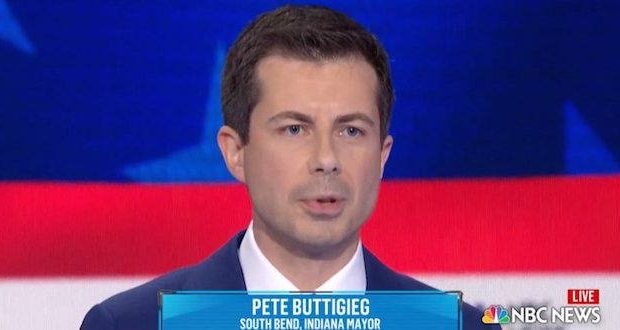 Buttigieg pushes back against O’Rourke’s plan to punish churches

“I agree that anti-discrimination law ought to be applied to all institutions,” he said, “but the idea you are going to strip churches of their tax-exempt status if they have not found their way toward blessing same-sex marriage, I’m not sure he understands the implications of what he’s saying,”

As Buttigieg told Jake Tapper during an appearance on CNN’s “State of the Union,” according to The Daily Wire, “that means going to war, not only with churches, but with mosques and a lot of organizations that may not have the same view of various religious principles that I do.”

O’Rourke received widespread backlash after he revealed at last week’s LGBT-focused town hall event that he would penalize religious institutions that adhere to their own religious texts by denying them tax exemptions under federal law.

Watch the most bizarre moments of CNN’s LGBT Town Hall:

“There can be no reward, no benefit, no tax break for anyone or any institution, any organization in America, that denies the full human rights and the full civil rights of every single one of us,” O’Rourke said at the time. “So as president, we’re going to make that a priority, and we are going to stop those who are infringing upon the human rights of our fellow Americans.”

Buttigieg makes a distinction between public and private, faith-based institutions.

“If we want to talk about anti-discrimination law for a school or an organization, absolutely,” Buttigieg said. “They should not be able to discriminate. But going after the tax exemption of churches, Islamic centers or other religious facilities in this country, I think that is just going to deepen the divisions that we’re experiencing at a moment when we’re seeing more and more people motivated often by compassion and by people they love moving in the right direction on LGBTQ rights. Which is obviously extremely important to me personally.”

O’Rourke trails Buttigieg and Senator Kamala Harris of California, each with 5.2 percent, Senator Bernie Sanders of Vermont at 15.6 percent, Warren at 23.4 percent, and former Vice President Joe Biden at 29.4 percent.