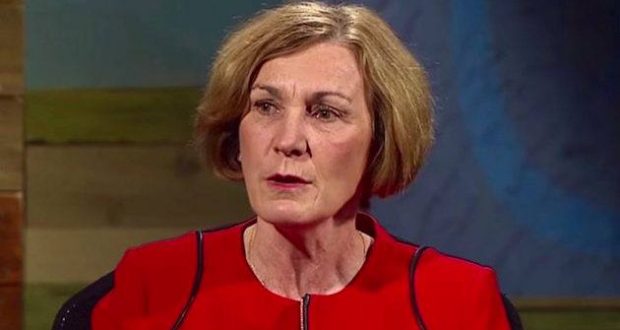 Gun confiscation suddenly has become a hot topic in the final days of the Kansas race for the U.S. Senate between Republican incumbent Roger Marshall and Democrat challenger Barbara Bollier.

The Marshall campaign provided the Associated press with video and audio clips of Bollier at a local event saying that she has an adult daughter who lives in Australia, and that a law forcing owners of 700,000 guns to sell them to the government is “this amazing thing.”

“They have no guns,” Bollier told the audience. “They don’t allow them. They just took them all away. And you know what? It’s pretty darn safe.”

READ: Is Bollier playing the “moderate?”

Bollier also noted that Australia imposes licensing and training requirements for gun owners. Kansas law allows adults to carry weapons openly, and it allows them to carry concealed firearms without a permit — a policy Bollier opposed as a legislator when it was enacted in 2015.

“Who thinks you can just go out and have a gun? Seriously,” Bollier said. “You can’t drive a car without training. You can’t basically do anything without some kind of training. This is a lethal weapon.”

The video is from an Oct. 3 “lawn chair chat” at a Kansas City-area park. Bollier’s spokeswoman called the release of the video “duplicitous” and released longer audio from the same event in which she said she supports the Second Amendment and that she used to go hunting with her father. As the video clip began circulating, Bollier backtracked on Sunday afternoon tweeting: “I do not support gun confiscation. I never have. I never will.”

Bollier’s remarks on guns first were reported Sunday by “The Washington Free Beacon.” Marshall’s campaign manager, Eric Pahls, texted a 36-second excerpt to the Associated Press. He later provided a link to a longer video clip with Bollier’s full answer to a question from a woman who said she recently bought a handgun and was “completely disturbed” by how easy it was for her to buy one and carry it concealed.

“This may sound good to Bollier’s donors in San Francisco, but to Kansans, this is disqualifying,” Pahls said in a later text. “Even among Democrats, forced gun confiscation is an alarming concept.”

Previous: Trump unveils economic plan to provide opportunities for black communities
Next: Back to the Birthright Mission