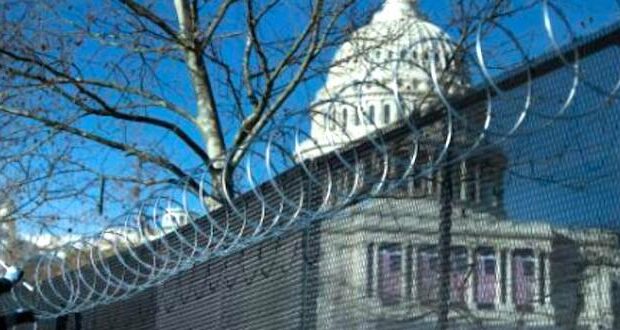 Congressional Democrats are considering a permanent, military-style barrier around the U.S. Capitol. In addition 7,000 National Guard soldiers and airmen will stay another month in the city and 5,000 troops will thereafter remain indefinitely.

Capitol Hill under the Democrats looks more like the infamous crossing, Checkpoint Charlie, between East and West Berlin when the communists controlled Eastern Europe.

It seems that Democrats have forgotten the violence of last summer, when left-wing rioters looted and burned private and public buildings throughout Washington, D.C., and many other cities. Rioters killed at least 12 people, injured hundreds of police officers and destroyed up to $2 billion worth of property.

The rioters gathered daily on 16th Street NW — north of the White House — which D.C.’s Democratic mayor renamed “Black Lives Matter Plaza.” They lit fires and taunted police officers. Every night at dusk, violence recommenced. I witnessed the mayhem myself as I had to walk through the riot line last summer to get to Family Research Council’s headquarters.

After Mr. Trump delivered his RNC acceptance speech, a mob surrounded and attacked Sen. Rand Paul, Kentucky Republican, and his wife as they and others left the White House complex. When Mr. Trump activated the National Guard in the District of Columbia, Democrats again condemned the “militarized police presence.”

Meanwhile, businesses in downtown D.C. were left to protect themselves.

Property owners, including my own organization, hurriedly responded to rioters smashing windows and looting stores overnight by installing plywood window covers and hiring extra security. Bands of protesters roved about the city, blocking roads and intimidating diners. Yet we heard little from Democratic leaders, other than words of praise for those standing up and exercising their First Amendment Rights.

The anticipation of leftist violence after Election Day from a Trump reelection victory led many establishments to board up. However, Joe Biden was elected and the boards started coming down. The actions of property owners suggest they sensed the left was satisfied and would not return to their burning and looting. However, if you walk by the Capitol, you’d think the threat is greater than ever.

Actually, you can’t even get close to the Capitol. Eight-foot fencing topped by razor-wire cordons off streets up to four blocks away. Around the clock, National Guard servicemembers in military fatigues with automatic weapons stand at 20-yard intervals. The Pentagon is now projecting that the federal government will spend $483 million in security costs at the U.S. Capitol. It’s a scene worthy of a third-world dictatorship, not the United States of America.

Democrats in Congress insist the measures are necessary because of the Capitol riot on Jan. 6. But in reality they don’t want to waste a good crisis which would allow them to expand power and control. Let me be clear: Conservatives agree that what happened on Jan. 6 at the Capitol was despicable. Lawless activities cannot uphold the law whether on Capitol Hill or the Hatfield Federal Courthouse in Portland. But if any evidence points to the possibility of a repeat attempt, it’s a well-kept secret.

Democrats have forgotten that the U.S. Congress is the People’s House. Americans have always had the right to enter the U.S. Capitol, to visit their representatives and senators, and to petition the government as the First Amendment provides.

None of this makes much sense if, like the House speaker says, “the enemy is within.” Or, as she later clarified, “It means that we have members of Congress who want to bring guns on the floor and have threatened violence on other members of Congress.” She has slapped fines on members of Congress for failing to submit to invasive security protocols she doesn’t follow herself.

As I remember it, it was Democratic politicos like Congresswoman Maxine Waters, California Democrat, and now Sen. Majority Leader Chuck Schumer, New York Democrat, who harassed Trump aides at restaurants, called for violence against Trump supporters and threatened U.S. Supreme Court justices. This is the essence of a double standard.

The razor-wire fence around the Capitol is more than just a security measure. It represents what’s happening to freedom in America. When elites shut out the American people from their own government, we have a real problem.

After the Oklahoma City bombing, President Clinton “temporarily” closed Pennsylvania Avenue in front of the White House to vehicle traffic. The street is still closed today. A long-term razor-wire barrier around the U.S. Capitol may never come down — unless we speak out. The real threat to America’s future and our freedom is that the American people will be taken in by this political theater and will surrender liberty for a pretense of security. As East Berlin was once known for Checkpoint Charlie, Washington, D.C., once the emblem of freedom, will become known for Checkpoint Pelosi and the stifling of freedom. 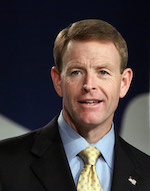