Home / News / Columns / Despite the left’s attempts, you can’t rewrite the words of Columbus 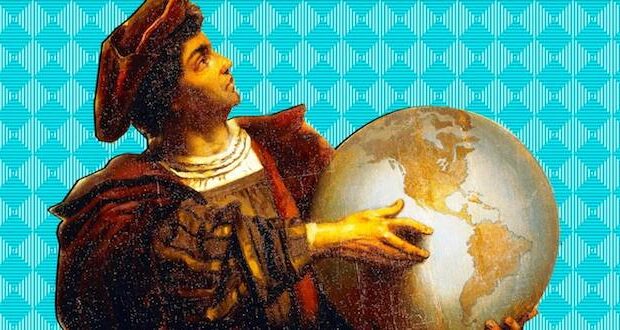 Despite the left’s attempts, you can’t rewrite the words of Columbus

Despite the best efforts of history revisionists, almost everyone still agrees that Christopher Columbus arrived in the “New World” in 1492, a fact that is difficult to rewrite. That he was a devoted Christian is clear from his many writings, but there is a recently cobbled-together portrayal of the explorer as a greedy tyrant and merciless killer of natives. As has been noted, the living can make the dead do any tricks they find necessary.

This recently concocted view of Columbus as a murderous exploiter is, to say the least, at odds with what was written about him in the past and it does not square at all with what he wrote in his own journals and correspondence. The recorded writings of Queen Isabella and others closely associated with Columbus strongly support traditional views and refute revisionist attempts to portray him as one of history’s villains.

According to Catherine Millard in The Rewriting of America’s History, of the ten modern Columbus biographies she reviewed, “none makes mention of Christopher Columbus’s faith in Christ and no mention of his motivation for the furtherance of the gospel. This phenomenon conforms to the style and content of the vast majority of [contemporary] history books, textbooks, dramatic presentations and exhibitions promoted throughout America on the life and adventures of Christopher Columbus.”

That Columbus was convinced God was calling him to an important task is recorded in his own words in, among other sources, his Libro de las profecias (Book of Prophecies) (read it free HERE):

At a very early age I began to sail upon the ocean. For more than forty years, I have sailed everywhere that people go. I prayed to the most merciful Lord about my heart’s desire, and He gave me the spirit and the intelligence for the task: seafaring, astronomy, geometry, arithmetic, skill in drafting spherical maps and placing correctly the cities, rivers, mountains, and ports. I also studied cosmology, history, chronology
and philosophy. It was the Lord who put into my mind (I could feel His hand upon me) the fact that it would be possible to sail from here to the Indies.

All who heard of my project rejected it with laughter, ridiculing me. There is no question that the inspiration was from the Holy Spirit, because he comforted me with rays of marvelous illumination from the Holy Scriptures, a strong and clear testimony from the 44 books of the Old Testament, from the four Gospels, and from the 23 Epistles of the blessed Apostles, encouraging me continually to press forward, and without ceasing for a moment they now encourage to make haste.

For the execution of the journey to the Indies I did not make use of intelligence, mathematics or maps. It is simply the fulfillment of what Isaiah had prophesied. All this is what I desire to write down for you in this book. No one should fear to undertake any task in the name of our Savior if it is just and if the intention is purely for His holy service. The working out of all things has been assigned to each person by our Lord, but it all happens according to His sovereign will even though He gives advice.

He lacks nothing that is in the power of men to give him. Oh what a gracious Lord, who desires that people should perform for Him those things for which He holds Himself responsible! Day and night moment by moment, everyone should express to Him their most devoted gratitude. I said that some of the prophecies remained yet to be fulfilled. These are great and wonderful things for the earth, and the signs are that the Lord is hastening the end. The fact that the gospel must still be preached in so many lands in such a short time, this is what convinces me.

When Columbus landed on what is now known as San Salvador, meaning “Holy Savior,” he had his crew erect, as he did on each island upon which they landed, a large wooden cross. At the foot of the cross, he offered this prayer: “O Lord, Almighty and everlasting God, by Thy holy Word Thou has created the heaven, and the earth, and the sea; blessed and glorified be Thy Name, and praised be Thy Majesty, which hath deigned to use us, Thy humble servants, that Thy holy Name may be proclaimed in this second part of the earth.”

His concern regarding the spiritual condition of the natives is obvious in Columbus’s Testament of Founding Hereditary Family Estate dated February 22, 1498: “Also I order to said Don Diego, my son, or to him who will inherit said mayorazgo, that he shall help to maintain and sustain on the island Espanola four good teachers of the holy theology with the intention to convert to our holy religion all those people in the Indias, and when it pleases God that the income of the mayorazgo will increase, that then also be increased the number of such devoted persons who will help all these people to become Christians. And may he not worry about the money that it will be necessary to spend for the purpose.”

I know that they are a people who can be made free and converted to our Holy Faith more by love than by force.

Columbus wrote that his crew was under orders “to treat the people with care.” The revisionists who try to sell the idea that he mistreated the natives willfully ignore this statement: “I know that they are a people who can be made free and converted to our Holy Faith more by love than by force.”

It should be obvious that words spoken and written by historical figures provide a more reliable testimony to their true personalities and character than the statement of any modern day writer motivated by a politically-inspired agenda. Samuel Butler made note of that unfortunate fact with this sly observation: “Though God cannot alter the past, historians can.”

Born in Genoa, Italy, in 1451, Cristoforo (his Italian name) Columbus ended up in Spain in search of financing for his proposed explorations. With the help of a trusted advisor to King Ferdinand and Queen Isabella, Columbus was finally able to successfully argue his point that the risk was small compared to the potential monetary gains and other advantages his proposal could garner for whoever would underwrite his proposed expedition.

After making four trips to the New World, Columbus died in 1506 without realizing his original dream of finding a route to Asia by sailing westward from Europe. He was, however, successful in demonstrating the accessibility of a vast and rich “New World” and in increasing the wealth and power of his adopted country; Ferdinand and Isabella financially rewarded Columbus generously for his contribution to the Spanish treasury. They also honored his vision, courage, and seamanship skills with the title “Admiral of the Ocean Sea.”

–Bob Gingrich is a Kansas City author, historian on the founding of our nation and Metro Voice Contributor. You can search Bob’s name in our search bar for his other columns.

Previous: What people get wrong when banning Columbus Day
Next: Nancy Pelosi’s archbishop compares her abortion stance to a “devout satanist”