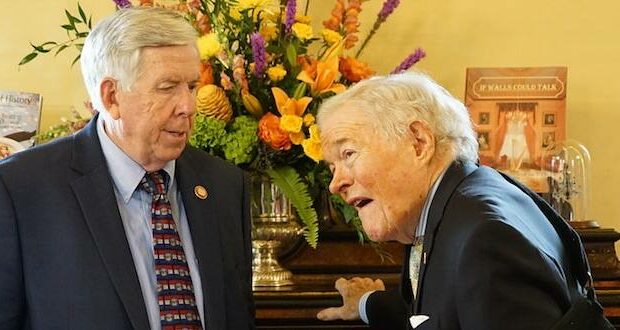 Kit Bond looked back on his days of service to Missouri while in Jefferson City this week for the state’s bicentennial celebration. Bond, 82, held the positions of auditor, governor and U.S. senator. At the age of 33 in 1972, he was elected as the youngest Governor in Missouri history.

He mentioned the spirit of Missouri, in which residents have rallied around others for 200 years. “We had tough days, but we always came out,” said Bond, whose home base for his political career was Mexico, Mo. “People rallied behind us when we told them what the problem was, whether it was floods or even prison riots or tornadoes.” 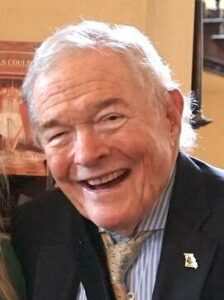 Bond has long said that the best days he had in government were his second gubernatorial term in Jefferson City, despite facing a $900 million budget shortfall at the beginning. The state budget in 1981 was about $3 billion. After being sworn in, Bond immediately went to work and met with Missouri House and Senate leaders, who were all Democrats at the time. He also signed Parents as Teachers into law during his second term. It was sponsored by the late state Sen. Harry Wiggins of Kansas City.

Kit Bond was elected to the U.S. Senate in 1986, replacing retiring Sen. Tom Eagleton. He served four terms on Capitol Hill before retiring in 2010.

“You know when you think of somebody like a Kit Bond, who was a governor and a senator and an icon in the political arena in our state, to think that you’re kind of following up in those footsteps a little bit, it’s a great honor to be governor,” Gov. Mike Parson said.

Parson invited all Missourians to the upcoming bicentennial parade in Jefferson City, which will take place on September 18. The grand marshal will be World War II veteran Edith Harrington, who lives in Macon.

“She can hold her own against anybody else in that parade, I can tell you right now,” he said. “She’s a World War II nurse, veteran nurse that’s there. She’ll be on a World War II Jeep leading this parade. You’ll have the Clydesdale horses there. The parade will be none like most you’ve not seen.”

Bond still owns a 10-acre plot on the site of the Green Estate and his former home in Mexico. It contains a commercially successful chestnut grove.