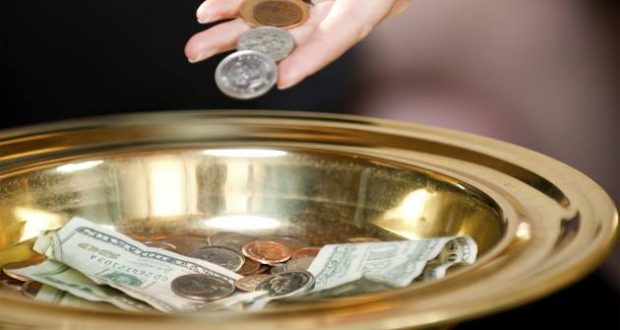 Giving to churches up in booming economy

It seems the nation’s booming economy under the Trump administration is having a positive impact on America’s ministries and evangelical churches. Across the country, churches and non-profit organizations saw an increase in giving in 2017, the highest increase since 2014, according to a new report by the Evangelical Council for Financial Accountability.

That trend is expected to increase to record numbers for 2018 for which figures have not yet been tallied. Data shows the United States currently has the best economy in 50 years with record low unemployment across all races, sex, socio-economic and regional groups.

The 5.9 percent increase in giving to ECFA’s approximately 1,700 member organizations is also higher than the 3.5 percent average increase between 2007–2017.

ECFA President Dan Busby said in a statement released last week that he was “so pleased to see this increased support for Christ-centered churches and ministries.”

“This surge in generosity positions ECFA members to make a greater positive impact for their causes both domestically and internationally,” he added.

ECFA’s findings that evangelical ministries saw a considerable increase in donations from 2016 to 2017 was part of their “State of Giving 2018” report released on Nov. 27.

“While ECFA’s State of Giving report focuses on cash giving, ECFA records also track non-cash giving, which experienced a very slight decrease of -0.1 percent in 2017 based on $3.6 billion of non-cash gifts,” explained ECFA.

Although ECFA has approximately 2,300 accredited members, the sample space for the report centered on 1,772 groups, as some of their members were newly accredited and thus lacked sufficient comparison numbers.

Further, one in five reported giving regularly but gave less than 10 percent of their income. Seventeen percent say they’re not consistent with their tithing and 8 percent say it’s difficult for them to tithe due to finances.

The LifeWay report was based off a 2017 survey of 1,010 Americans who attend Protestant or nondenominational services at least once a month and 1,000 Protestant senior pastors.

Previous: ‘Do not let’ replaces ‘Do not lead’ in Lord’s Prayer
Next: German nurse guilty of murdering 85 patients