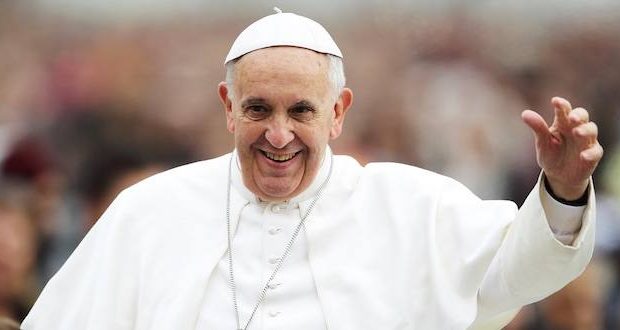 ‘Do not let’ replaces ‘Do not lead’ in Lord’s Prayer

Pope Francis has officially approved a change to the Lord’s Prayer that many theologians say was due. The change concerns Matthew 6:13 and replaces “lead us not into temptation” with “do not let us fall into temptation.”

The U.S. Catholic News reports that the Vatican enacted the change on May 22 following 16 years of research by both Catholic and Protestant experts who found a mistake in the current translation “from a theological, pastoral, and stylistic viewpoint.”

Pope Francis first signaled support for amending the “lead us not into temptation” part of the Lord’s Prayer in 2017, arguing that it portrays God in a false light. But he wasn’t the first to do so. For decades, new understanding of the original text has led many to suggest the prayer being changed to a more accurate reading of the text.

“A father does not lead into temptation, a father helps you to get up immediately,” the pope said at the time. “It is not a good translation because it speaks of a God who induces temptation.”

“The one who leads you into temptation is Satan,” he added. “That’s Satan’s role.”

Pope Francis pointed out that other translations had already been changed to modernize the language. “The French have modified the prayer to ‘do not let me fall into temptation,’ because it is me who falls, not the Lord who tempts me to then see how I fall,” he said.

The Lord’s Prayer originates in Matthew 6:9-13. The key verse in question is 13, which, in the NIV translation, reads: “And lead us not into temptation, but deliver us from the evil one.” It is a translation from the Latin Vulgate, which was translated from ancient Greek by Saint Jerome in the late fourth century.

Initially, the proposed change to the Lord’s Prayer received mixed reactions from the wider faith community, with most saying they trusted the pope and the process, the Houston Chronicle reported.

But others expressed concern over the change.

Albert Mohler, president of The Southern Baptist Theological Seminary and author of The Prayer That Turns the World Upside Down: The Lord’s Prayer As a Manifesto for Revolution, called the changes “deeply problematic.”

“I was shocked and appalled,” he told the Seattle Times. “This is the Lord’s Prayer. It is not, and has never been, the pope’s prayer, and we have the very words of Jesus in the New Testament. It is those very words that the pope proposes to change. It is not only deeply problematic, it’s almost breathtaking.”

Previous: CNN sues to get release of full Mueller report
Next: Giving to churches up in booming economy