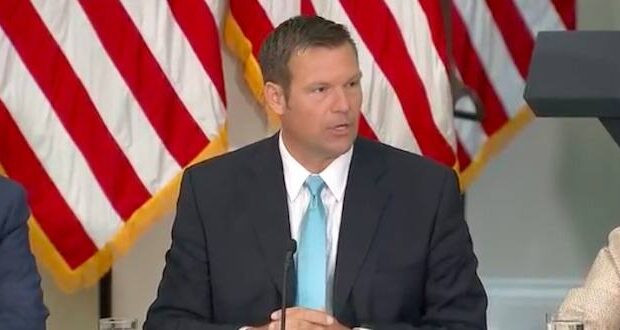 Kansas voter integrity was given a setback by the U.S. Supreme Court as they rejected Monday an appeal by the state’s secretary of state who sought to revive a law requiring voters to prove their citizenship.

Kansas Secretary of State Scott Schwab argued in the petition that the 10th Circuit Court violated the state’s constitutionally endowed authority to set election laws after both chambers of the Legislature found it “necessary and proper to require voter registration applicants to provide documentary proof of citizenship to verify that they meet the State’s qualification to vote.”

“The petition for a writ of certiorari is denied,” the high court wrote in a Dec. 14 order (pdf), noting also that Justice Neil Gorsuch, who once sat on the bench of the 10th Circuit Court of Appeals, which declared the law unconstitutional in April, took no part in the consideration or decision of the petition (pdf).

Certiorari is a process of seeking judicial review of a lower court decision, with denial tantamount to the Supreme Court upholding the appeals court’s ruling.

“A basic premise of our system of federalism is that States may make different choices as to what laws are appropriate,” he argued.

The law that was struck down by the appeals court and that was the subject of the appeal to the U.S. Supreme Court was championed by former Kansas Secretary of State Kris Kobach, who led President Donald Trump’s voter fraud commission. Kobach, a Republican, characterized the proof-of-citizenship law as an anti-fraud measure.

The law mandated documentary proof of citizenship, such as a birth certificate or passport, in order to register to vote, over and above a Kansas law that requires people to produce driver licenses or other photo IDs to cast a vote in person.

“Well, this is the problem with aliens voting and aliens registering. There’s no way you can look on the voter rolls and say, this one’s an alien; this one’s a citizen,” Kobach said in 2018, when a Kansas district court first struck down the law, according to NPR

The ruling was appealed and eventually made its way to the 10th Circuit Court of Appeals in Salt Lake City, which determined that it violates both the Equal Protection Clause of the U.S. Constitution and the National Voter Registration Act, commonly referred to as the “motor-voter law.”

Kansas may have other options to pursue the voter ID police could find acceptance before the Supreme Court.

Previous: Going to church is good for mental health, especially in 2020
Next: What you need to know about open enrollment