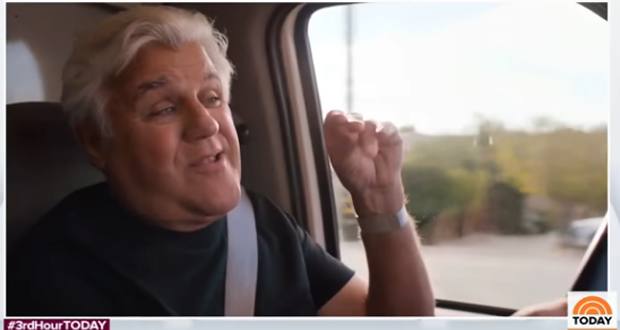 Leno laments today’s late-night shows: ‘Everyone has to know your politics’

Former NBC “Tonight Show” host Jay Leno said Tuesday that he doesn’t miss hosting a late-night show and lamented that “everyone has to know your politics” now during an interview with NBC’s Al Roker on the third hour of the “Today” show.

“Do you miss being on the show, or is it such a different time that it would be hard to do?” “Today” host Roker asked Leno.

“No, it’s different. I don’t miss it. You know, everything now is, if people don’t like your politics, they — everyone has to know your politics,” Leno replied.

“I kind of used Johnny’s model. People couldn’t figure out. ‘Well, you and your Republican friends’ or ‘Well, Mr. Leno, you and your Democratic buddies.’ And I would get hate mail from both sides equally,” Leno said, referring to his predecessor at “The Tonight Show,” Johnny Carson.

Later on in the interview, Leno was asked if he thought the pendulum would swing back in the other direction.

“Of course, I think it will swing back the other way,” he said.

Leno was on the show to warn about cholesterol and promote the Cholesterol911 website.

History of the hosts

Leno initially left “The Tonight Show” in 2009 but returned in 2010 after the show experienced a tumultuous run with host Conan O’Brien. Leno left again in February 2014, while still leading his competition on CBS and ABC in the late-night ratings race, and was replaced by Jimmy Fallon, a former “Saturday Night Live” cast member.

Fallon dominated in his first few years against CBS’s Stephen Colbert and ABC’s Jimmy Kimmel. But once Donald Trump entered the presidential race, late-night shows became more focused on political news, and Colbert, a frequent critic of Trump who formerly hosted the political satire show “The Colbert Report” on Comedy Central, eventually jumped ahead of Fallon.

Previous: Broncos QB Case Keenum ‘ready for whatever God has in store’ after Flacco trade news
Next: Proposed legislation would remove proof of citizenship from Kansas election law