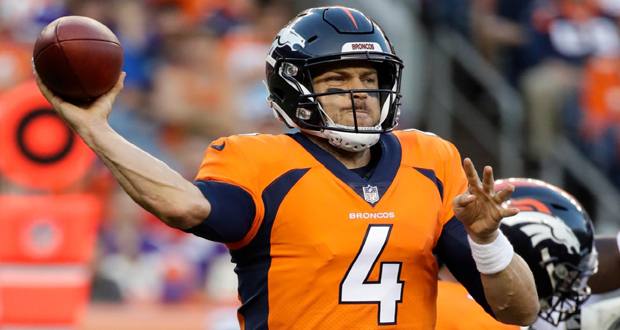 In his first public comments since learning that the Denver Broncos plan to trade for Baltimore Ravens quarterback Joe Flacco, current Broncos quarterback Case Keenum spoke to Sports Spectrum and said he was “definitely shocked.” Keenum has played just one season in Denver after signing a two-year, $36 million deal with the team in March 2018.

“(Broncos GM John) Elway called me that morning and we had a great conversation, which he didn’t have to do, and I appreciated that,” Keenum said. “I was definitely shocked.”

“For us, it’s another chapter in our lives and we’re going to roll with it,” Keenum said with his wife, Kimberly, by his side. “We’re going to approach this like I do everything in my entire life, and that it’s not by accident this has happened. It’s just another chapter and another opportunity to overcome some adversity in my life.”

Prior to signing with Denver, Keenum went 11-3 as a fill-in starter for the Minnesota Vikings in 2017, when the Vikings advanced to the NFC Championship Game. Keenum threw for a career-high 22 touchdowns that season, and posted a career-high 98.3 quarterback rating. It helped him land his first surefire starting gig in the NFL. But after a disappointing season in Denver — the Broncos missed the playoffs for the third straight season after winning Super Bowl 50 — Keenum may be on the move again, or at least in a QB battle with Flacco.

“You know, really, it’s really open-ended right now. We don’t know what’s going to happen. So who knows what’s going to be in store? I don’t for sure, God does. But we’ll be ready for whatever God has in store for us next,” Keenum said.

Kimberly also expressed her reaction to learning the news of a Flacco trade.

“I feel like my whole motto in this whole NFL experience is just having peace in the unknown,” she said. “And we keep having the unknown and not sure what’s going to happen next. So I’ve really had to cling to that. I like to know everything going on and I’ve been put in a situation for the last now eight years of not having any control.

“I think the Lord has put us there to just constantly be on our knees just praying and trusting and constantly trusting His plan.”

Tom Brady says wife is a ‘witch’, says they’re ‘into everything’

Previous: Kansans for Israel Rally to be held at the State Capitol
Next: Leno laments today’s late-night shows: ‘Everyone has to know your politics’ 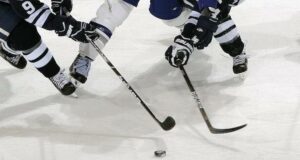 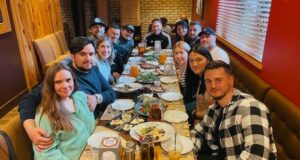 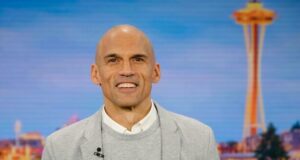