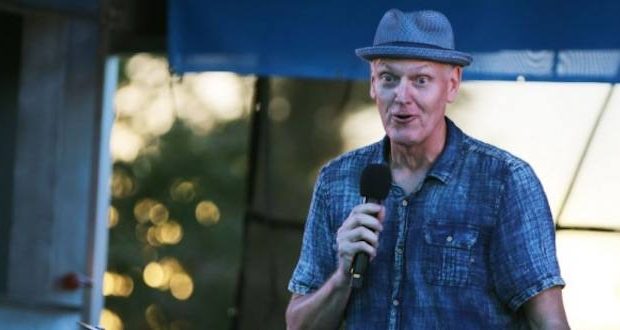 A politically-liberal evangelical-led organization will hold get-out-the-vote “revivals” in nearly 30 towns across the nation this month. The effort, which comes to Overland Park on Oct. 15, hopes to unseat Republican members of Congress this fall and return control to liberal Democrats.

Led by Minnesota liberal pastor Doug Pagitt and fueled by opposition to Trump administration policies such as pro-life appointments, limiting illegal immigration and Judge Kavanaugh, “Vote Common Good” rallies will be held in at least 10 states before the Nov. 6 midterm elections. The rallies will feature live worship music and a rotating cast of mostly left-leaning Christian leaders, authors and activists who will attest to why Christians should vote for the Democrats.

The stated goal of Vote Common Good, which is the brainchild of a meeting of anti-Trump evangelical leaders that took place in Colorado in May, is to “flip Congress for the common good.”

The organization is receiving help from radical Democrat congressional leaders and organizations.

The bus tour kicked off with a rally in Allentown, Pennsylvania on Tuesday and a rally in Lancaster, Pennsylvania on Wednesday. On Thursday, a rally was held in Richmond, Virginia. The tour will make a stop Oct. 14 at Overland Park Christian Church.

According to the organizers, the tour will hit at least 34 congressional districts, some of which are in states that have key Senate races, such as Missouri, Arizona and Texas.

Vote Common Good relied on the help of Rep. Ted Lieu, D-Calif., a regional vice chair of the Democratic Congressional Campaign Committee, in deciding which areas of the country the tour should target.

The outfit is traveling in a three-vehicle bus caravan that includes a sleeper bus, an RV and a truck that pulls its mobile stage that allows it to set up tour events outside.

The organization denies that its bus revival/protests goes beyond purely opposing policy. “We are not reflexively partisan or reflexively Democrats,” Pagitt declared. “Our statement is that the Trump administration is a hazard to the well-being of a lot of people and to the planet and needs to be restrained. The common good calls us this election to respond with our vote.”

Pagitt, who was arrested earlier this year for protesting illegal immigrant family separations at the White House, admits that the aim of the tour “feels very partisan.” However, he explained that he can imagine a time when Congress is the hands of the Democrats and Vote Common God is calling for a flip in Congress yet again.

“[W]e are saying to a lot of these voters who voted Republican in the past that maybe it is time to offer your vote on behalf of someone else and to not only think of your own self interest when you vote,” Pagitt explained. “It is a little surprising that this comes as fresh news to Christian people who are often very selfless in other areas of their lives.”

On the right side of the political spectrum, conservative evangelical grassroots organizations like the Family Policy Alliance and the Faith & Freedom Coalition are spending millions on efforts to encourage social conservative voters to vote in the 2018 midterms.

The midterm elections will come as the Trump administration has advanced religious freedom and pro-life policies favored by conservative Christians at an unprecedented rate in his first two years in office.

“People need to remember that President Trump is not on the ballot this year, but with those that are on the ballot, there is going to be a choice between a candidate who will advance life and religious freedom and family and there will be a candidate who doesn’t,” Autumn Leva, vice president of strategy at the Family Policy Institute said. “If voters don’t show up to support the pro-family candidate, then we are going to have a very big problem passing pro-family policies when it comes to the laws that are advanced at the state level and federal level next year.”