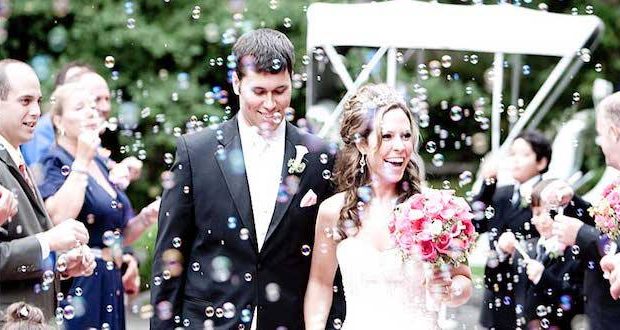 Millennials finally have something to brag about to their baby-boomer counterparts.

Though they’re often dragged for their impatience, self-centeredness, and lack of loyalty, it turns out America’s younger generation is showing up the country’s aging population when it comes to marriage.

A new analysis by University of Maryland sociology professor Philip Cohen revealed the divorce rate in the U.S. dropped by 18 percent from 2008 to 2016, Bloomberg reported.

WHY IS IT DROPPING?

While researchers have been noticing divorce’s downward trend for a few years, there has been little consensus regarding exactly why it’s happening. But there are a few theories.

Some of the decline can be credited to the aging population as a whole. Millennials, unlike baby boomers, are waiting until they are older to tie the knot after education, careers, and finances are all under control. It’s also worth noting fewer people are getting married at all, though that fact alone doesn’t make sense of the decline in divorce.

Cohen said America’s married population “is getting older and more highly educated,” noting fewer people are getting married overall, and those who do, are showing a greater level of stick-to-itiveness than generations past.

“Marriage is more and more an achievement of status, rather than something that people do regardless of how they’re doing,” he explained.

It should be noted, too, that many of those couples choosing not to get married at all are living together, and often raising kids together. But recent research has revealed cohabiting with a romantic partner is becoming an increasingly unstable proposition.

Further, cohabiting before marriage — maybe counterintuitively — has proven to be an unsuccessful way to avoid divorce down the road. In fact, most married couples who cohabited before tying the knot tend to be less satisfied in marriage than those who didn’t.

WHAT ABOUT BABY BOOMERS?

Nevertheless, marriages today have a greater chance of surviving than marriages did 10 years ago, according to Cohen’s research.

“The change among young people is particularly striking,” Susan Brown, a sociology professor at Bowling Green State University, said of the data. “The characteristics of young married couples today signal a sustained decline [in divorce rates] in the coming years.”

Despite the decline in divorce among millennials, baby boomers have continued to divorce at incredibly high rates — even into their 60s and 70s. This phenomenon, according to Cohen, is called “gray divorce.”

From 1990 until 2015, the divorce rate doubled among people aged 55 to 64 and tripled for Americans aged 65 and older, data from Bowling Green’s National Center for Family and Marriage Research revealed.