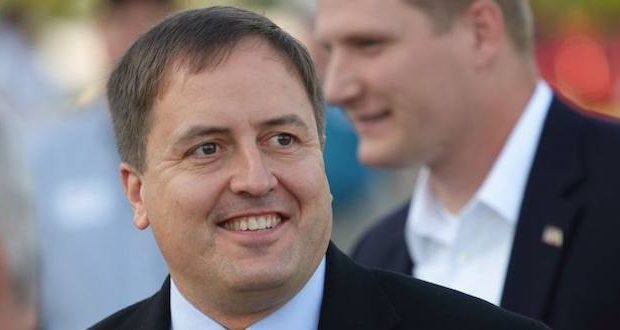 Missouri Secretary of State Jay Ashcroft has denied two pro-abortion referendum petitions today aimed at blocking sweeping pro-life legislation from becoming law. Ashcroft says the efforts are unconstitutional because part of the bill – about parental notification when a minor wants an abortion – has already become law.

“Under Supreme Court precedent, which I have to follow, it said very clearly that the referendum is not to be made to take out of action a law that has already been enacted,” Ashcroft says at a press conference in Jefferson City. “We have to follow the courts. We are a nation and a state of laws and not of men. If I make people unhappy because I do what the law says, that’s what is going to happen.”

House Minority Leader Crystal Quade, D-Springfield, says nearly a century ago, the Missouri Supreme Court ruled the Legislature cannot block a bill from a referendum petition by tacking on a clause enacting the law immediately after the governor’s signature.

“Today’s refusal by Secretary of State Jay Ashcroft to do his job further demonstrates the disregard Republican elected officials have for the constitutional rights of Missourians. First, the governor signs a law to force people to remain pregnant against their will, even in cases of rape and incest. Now, the secretary of state is blocking Missouri voters from the opportunity to reject this harmful and unconstitutional law,” Quade says in a press release.

The ACLU calls Ashcroft’s move predictable and says it is assembling a lawsuit. Whether the case will be resolved by the time the rest of the law takes effect at the end of August is unclear.

The wide-ranging measure protects a child from being aborted if a heartbeat is detected. Under the bill, abortions would be allowed for medical emergencies but not rape or incest which only account for about 1% of abortions in the state. The majority of women who become pregnant from rape keep their child.

A third referendum in response to the pro-life bill is under review by Ashcroft’s office. Ashcroft, a Republican, hopes to complete that process in about one week.