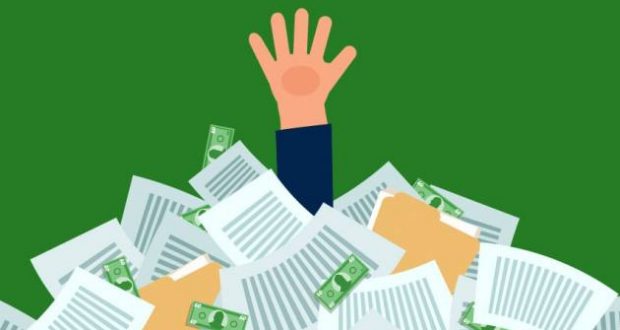 Hospitals across Missouri are ringing in the new year with more accountability to their patients.  New guidelines for disclosure of patient costs that started January 1st.  It’s the hospital price transparency rule and was a signature promise of the Trump campaign for president.

The new federal requirement requires all providers to publicize pricing for all hospital services.  Response from the Missouri hospital community has ranged from cautious optimism to skepticism of its effectiveness.  The new procedure was put in place by President Trump’s administration in August after being gutted from the Affordable Care Act by the Democrat Congress.

A quick review of Kansas City area hospitals reveals a lack of compliance or, at least, a difficult journey finding the information. St. Lukes’ website says to “call” their office for transparency while the info was never found on the website of Lee’s Summit Medical Center.

In other parts of the state it’s easier going for patients.

Kaitlyn McConnell, media relations coordinator at CoxHealth says the hospital group is happy to be as transparent as possible for patients.

“In the end, it’s a service we’re really glad to be able to offer patients, so for CoxHealth, we actually went ahead and got everything up last week, so people can go ahead and find out what different costs are for various services,” said McConnell.

CMS, Centers for Medicare and Medicaid Services, is the organization that established the new requirement.  The goal is to empower patients. McConnell told KOLR-TV the new rule only requires that pricing be available for hospital services, not primary physicians.

“It does not involve right now, you going to your primary care physician, you could theoretically, especially for us, call your doctor and have them explain the pricing structure,” explained McConnell, “but under this new regulation, that’s not tied into pricing info that should be posted online.”

Krista Berry, the Controller at Cape Girardeau based SoutheastHEALTH, says her group has more concerns about the new rule because it calls on hospitals to satisfy their publishing requirement by posting their official “chargemaster” rates.  “The chargemaster is basically just a listing of all the charges that the hospital offers and the services we provide,” said Berry.  “We’re absolutely concerned that the patients might be a little bit misled or confused by the chargemaster itself.”

Berry told KFVS-TV the chargemaster rates don’t reflect what most patients will pay, particularly if they have health insurance.  “We may charge $1,000, but our contracted rate (with the insurer) may only be $500, Berry said.  “And at the end of the day if the patient only owes maybe a 20 percent co-insurance on that, then they’re really only going to a $100 on their bill.”

Dave Dillon, a spokesperson for the Missouri Hospital Association, thinks the new requirement has problems, referring to it as “blunt instrument at this point.”  “A hospital’s chargemaster reflects prices almost no one would be asked to pay,” said Dillon.  “They aren’t reflective of insurance companies’ negotiated rates, or indicative of what Medicare or Medicaid pays for a particular service.  Moreover, even individuals who are paying entirely out of pocket would likely receive a “self-pay discount” on the rates included in a chargemaster.”

The Hospital Association’s Dillon suggested that the best way to understand out of pocket expenses is through a patient’s insurance provider. He thinks the chargemaster rates posted online are of little help, although they’re an attempt to provide clarity. “Very few Missourians will find this data useful, Said Dillon.  “Nonetheless, it’s a step toward transparency.”

The Missouri Hospital Association has worked with state hospitals to post prices on its own transparency website.  The organization contends that its information, in most cases, is more useful than the chargemaster data hospitals are compelled to post under the new rule.

Previous: Mystery smoke blankets area today
Next: Has the real Mt. Sinai of Moses been discovered?