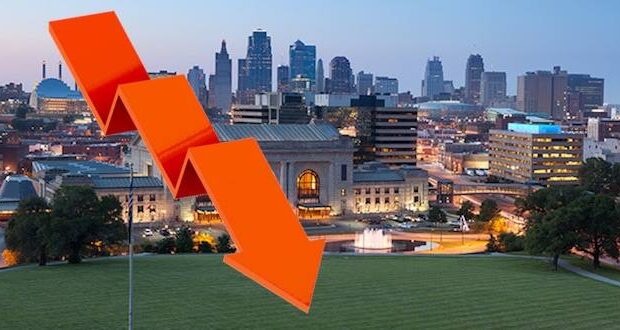 Nearly three in 10 (or 316,000) Kansas City workers currently are unemployed, according to a new study by MoneyGeek.

Statewide, Missouri had 52,678 jobless claims this week, and Kansas had 31,920. Thirty-seven percent of the Missouri workforce lives in Kansas City metropolitan area. This is how the local number unemployment number compares to recent benchmarks.

Just three months ago, in January 2020, Kansas City had seen the sharpest drop in unemployment compared to other large cities across the nation.

READ: Just 5 months ago, unemployment was at a 50-year low

For those out of work, there are a number of resources for seeking employment or assistance in the Kansas City area:

To estimate the total number coronavirus-related unemployed in Kansas City, MoneyGeek’s team of data scientists, analysts and product engineers aggregated national unemployment projections from leading economists including Nobel Prize-winning economist Paul Krugman and the Federal Reserve. Using available information on affected industries and essential jobs, the team reviewed 35 employment sectors as published by the Bureau of Labor Statistics and judged which ones would experience greater or less job losses than the overall unemployment forecast. These sector-specific assumptions about lost jobs were then aggregated to estimate Kansas City’s total lost jobs by incorporating the areas’ employment by industry.

The full report is available HERE.-