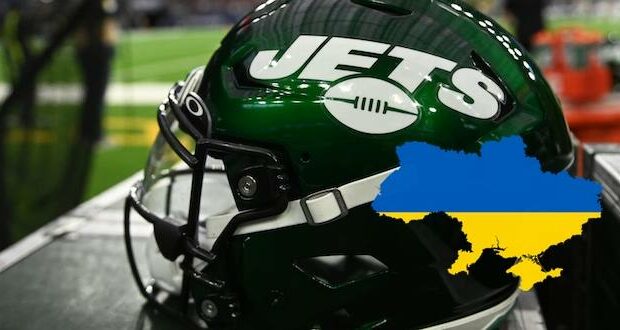 The New York Jets football team is stepping up to help Ukrainian refugees in Poland. The CityServe Krakow Housing Project will receive $1 million to provide a safe home for families that includes a kitchen and laundry room, as well as any food and vital necessities.

“Local churches in Ukraine, Poland and other surrounding regions are on the frontlines of the crisis,” CityServe’s Karl Hargestam said.  “It’s incredible to see secular organizations like the New York Jets partnering with faith-based organizations to see the gospel spread in this war-torn region. “

On September 25, the Jets will wear decals of the Ukrainian flag on their helmets and paint the endzones of the MetLife Stadium in a show of support. A gameday raffle also will support CityServe. The cause hits close to home for the organization because Suzanne Johnson, wife of Jets Chairman Robert Johnson, grew up in a Ukrainian neighborhood in New York and is herself from a family of immigrants.

According to the BBC, at least 12 million people have fled their homes since Russia invaded Ukraine roughly six months ago. Women, children and elderly fleeing Ukraine are suffering the most as they deal with the trauma from the ongoing war with Russia.  As Russia continues its assault on Ukraine, many American Christians are trying to help in any way they can, whether through prayer, donations or housing refugees.

There is a tremendous amount of care and concern for Ukrainians, and a desire to do something. It’s not just out of a Christian love for their neighbor, although that’s part of it. It’s also because many churches across the United States have strong connections to Ukraine.

Previous: White house defends response on vaccine requirement for tennis star, not illegals
Next: C5Alive POWER Luncheon to be held at Thornton Place