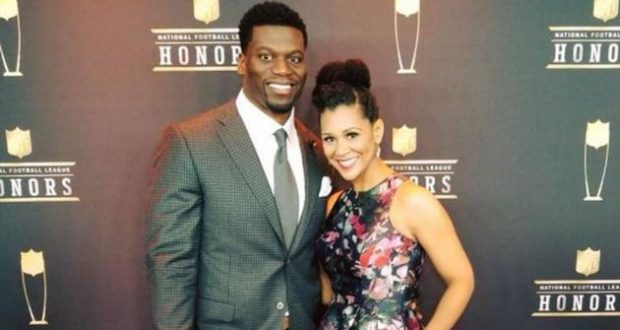 The New Orleans Saints are heading into the NFL playoffs after ending the regular season with an amazing 13 and 3 record, and their fans have high hopes of a Super Bowl finale.

They’re led by their incredible quarterback Drew Brees and players like 15-year NFL veteran tight end Benjamin Watson who recently posted this photo of the team praying on the field.

Watson has made a remarkable comeback after a painful injury in 2016 that could have ended his career – a torn Achilles tendon.

But he persevered to keep playing, and this past season, Brees connected to Watson for his 500th touchdown pass as an NFL QB. Both men also share a sincere belief in Jesus Christ, and are quick to talk about their faith in public.

While the Saints are certainly celebrating a winning season and fighting to reach Super Bowl LIII, Watson is also celebrating for another reason altogether. His wife is pregnant with twins.

That’s a big deal in and of itself, but these two babies will be numbers six and seven for the Watson family. It’s some pretty incredible news for all kinds of reasons, but it’s also a prayer request for this family because Kirsten Watson had two miscarriages in the span of four months last year.

She was very open about turning to God during that season of grief, posting a note on Facebook that said, “I rest on 2 Corinthians 12:9. But he said to me, ‘My grace is sufficient for you, for my power is made perfect in weakness.’ Therefore I will boast all the more gladly about my weaknesses, so that Christ’s power may rest on me.'”

Ben Watson posted his support for his brave wife on Facebook, saying,  “Proud of my wife for her transparency in spite of such loss. Kirsten Vaughn Watson these have been trying times yet your willingness to share your story and how God has met you in your pain has encouraged others including me. His love for you is beyond anything we can imagine or think and His grace is more than sufficient.”

Watson makes it clear that his faith in Christ is the most important thing in his life. And he just posted this blessing to his fans: “A blessed and prosperous New Year to you all! This year, may we continue to grow in intimacy with our maker and more fully grasp and enjoy His divinely perfect purpose for us.”

Watson’s website states, “The Gospel must always remain at the center of our lives because it is the power of God unto salvation for all who believe.”

And he’s also written a book to help new dads become “the father God made them to be.” As he prepares to retire from football after this season, he’s got a big job ahead of him as a dad. Here’s a video about his family life as a father of five… with two more on the way.

After the season, Watson will not only be busy with his growing family, but he and his wife also have a foundation called One More, which is described this way: “The One More Foundation serves as an extension of Kirsten and Benjamin as they reach out to the community with faith in God as their foundation. ”

“One More is devoted to spreading the love and hope of Christ to One More soul by meeting real needs, promoting education and providing enrichment opportunities through charitable initiatives and partnerships,” the website states.

Previous: Trump sends letter and copy of info that Democrats refused to read in White House meeting
Next: Job growth surges by 312,000 in December; wages increase best since 2009; unemployment at 3.9%