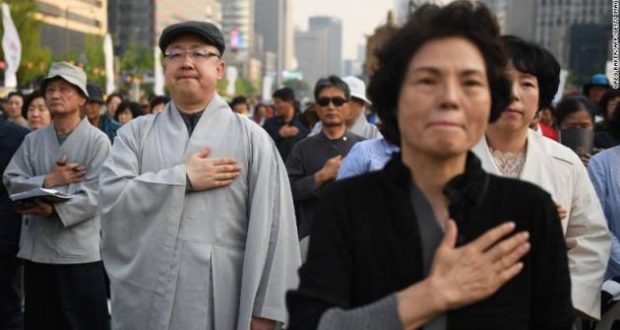 Across South Korea, tens of thousands of South Korean Christians filled streets in prayer before the summit began.

SINGAPORE – Christians around the world, including many Koreans, are attributing the success of the Trump summit with Kim Jon un, to prayer and the many sacrifices of persecuted North Korean Christians.

At the end of the Singapore Summit, President Donald Trump and Chairman Kim Jong Un signed a framework agreement for nuclear disarmament. Both leaders know many months of difficult negotiations and commitments lie ahead before peace can be realized on the Korean Peninsula.

The two men seemed to develop a good relationship and that may be the summit’s greatest achievement.

Pastor Jerome Ocampo recounts the South Korea Uprising Prayer Conference in 2016 where young leaders of churches from different nations gathered near the border of North Korea. They cried out to God for the reunification of the Korean Peninsula.

Although, human rights and religious freedom were not the focus of the Singapore Summit, Pastor Jerome believes denuclearization can pave the way to a greater purpose. He said people should also pray for reunification, liberation, and freedom for North Korean believers to practice their faith.

Spiritual revival took place in the North Korean capital of Pyongyang in 1907. Ironically today, North Korea is a place where Christians suffer the world’s worst persecution.

In the book by missionary Kwang Choi, “It’s Fine Should I Die,” North Koreans testify how they were brainwashed from childhood into believing that “Christianity is a tool of invasion of small and weak nations by the imperialist United States of America and its agent, South Korea’s puppet government,” Choi wrote. “Christians in North Korea were already purged in prison camps even before the Korean War began in 1950.”

This is one reason why some Christians believe a US president coming face-to-face with a North Korean leader was a success and nothing short of miraculous.

Pastor Jerome shared a dream he had about Kim Jong Un just two weeks before the 2016 Uprising conference.

And this is why Pastor Jerome is rallying Christians to pray for Kim Jong Un.

He said that what God has shown through the events that transpired and their success is that he has access to Kim Jong Un’s heart and therefore God can do more.

“We cannot erase what he has done in the past. The whole history of the regime will always be there. But as a millennial, he is the most flexible in all the regime to bring change,” the pastor said.

Meanwhile, prayers for North Korean peace are taking place all around the world. Johnnie Moore, the unofficial spokesman for President Trump’s evangelical advisers, says he met with a North Korean leader to pray and believe for healing for Korea.

“Today, in Switzerland, I met and prayed together with the leader of North Korea’s ‘Korean Christian Federation’ – from Pyongyang,” Moore tweeted.

“I asked if he had a message for American Christians & he said: ‘We are brothers & we are all children of God whom God has called to peace,'” Moore said.

Previous: Dispelling the myths about fatherhood
Next: Adoptive father of 6 wows America’s Got Talent judges 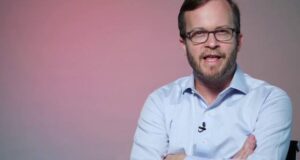 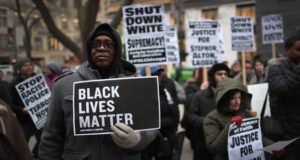