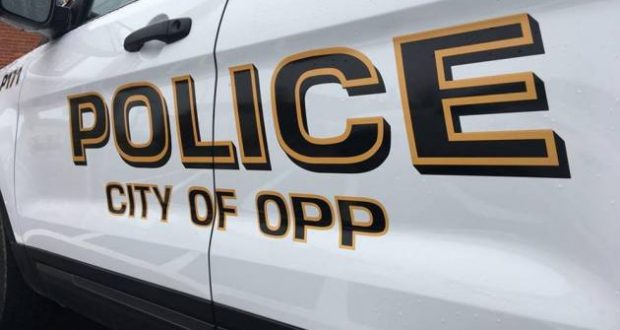 Last week, a group of activists called for a police department to retract a Facebook post after it was deemed overly religious.

The Alabama police department, which uses Facebook to be transparent about crime in the community, shared a message before Christmas regarding crime in the local area.

The police department scolded members of the community for turning away from God, in turn, urging them to repent from their sinful ways. In addition, it blamed the rise in violent crime in its community on the decline of faith in God.

The post, which has since been removed, read: “This is happening because we have turned away from God and embraced Satan.”

“We may have not meant to do so but, we have. It is time to ask for God’s help to stop this. It is time to be parents and raise our children, not have them raise us.”

The police department added that its police officers are being forced to clean up the mess that sin has thrown into society.

“It is time to fully support law enforcement and stand by the officers and deputies that are far too often having to walk into these dangerous situations and clean up the mess,” it wrote.

According to the Miami Herald, the police department also gave an update on a recent crime, noting that a man had been “shot to death in Kinston on Sunday and that a mother was shot and killed in the northern part of the county on Monday.”

Almost immediately, the post became known to activist groups around the country including the Freedom From Religion Foundation, the Wisconsin atheist group who are determined to rid every trace of religion from civil society.

The group stated that the post was “highly illegal” and needed to be deleted because of “blatant, illegal religious promotion on its Facebook page.”

“Police officers take an oath to protect and serve all citizens, including those who practice a minority religion or no religion at all,” said co-president of the nonprofit, Annie Laurie Gaylor.

“This inappropriate post sends a chilling message to non-Christians and non-believers that they are presumed guilty.”

This was not the first time the Alabama police department mentioned God on their Facebook page.

On December 17, the group wrote, “God bless each and all on this Monday.”

Another post from December 14 reads: “Hello boys and girls. It is Friday. May God bless you and protect you.”

“It is the height of hypocrisy to call for a reduction in crime through an act that itself breaks the law,” FFRF contended.

Sadly, the police department decided to retract the post following FFRF’s stern-worded request, though the OPP Police Department has refused to offer any comment on the controversy.

Previous: Kansas City, prohibition and the FBI Part II: The Union Station Massacre in Context
Next: ANALYSIS: The truth about the Kansas Republican women switching parties 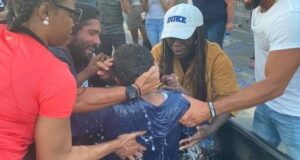