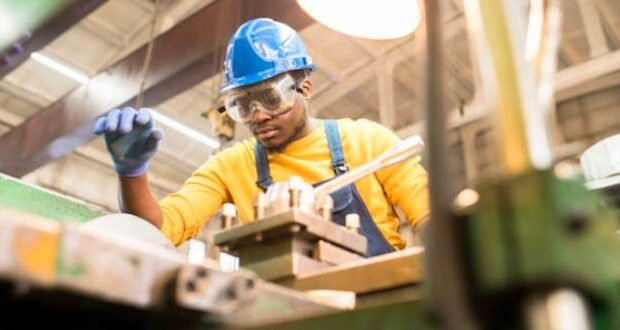 New data from the Federal Reserve show that the pre-pandemic economy was reaching unrivaled heights of prosperity for Americans across all walks of life.

Then it was interrupted. The isolated life many Americans have adopted during the current COVID-19 reality is often referred to as the “new normal.” But when it comes to the economic side of the pandemic, we should all hope that this year’s business shutdowns, massive government interventions, runaway spending, and skyrocketing deficits are not here to stay.

“U.S. families’ income and wealth rose in the years heading into the coronavirus pandemic, with those in lower-income and lower-wealth categories reaping relatively large gains,” the Wall Street Journal writes in summation of the new Federal Reserve report.

“As property and stock prices increased, households’ median net worth, or wealth, rose 18% to $121,700 from 2016 to 2019,” the report continues. “Median household income—the level at which half are above and half are below—rose 5% to $58,600, before taxes and adjusted for inflation. The rise in incomes came as the economy grew 2.5% a year on average, inflation remained low and the unemployment rate fell.”

These improvements were felt across all swaths of American life.

According to the Journal, “While the median net worth of white, non-Hispanic households rose 3% from 2016 to 2019, the wealth of Black households and Hispanic or Latino households increased at much faster paces: 33% and 65%, respectively.”

And don’t forget that before the COVID-19 pandemic, the African American unemployment was at a record-low, with Hispanic unemployment also very low.

It’s worth considering: Does the Trump administration’s policy approach deserve credit for the massive economic successes during the president’s pre-pandemic first term?

It’s true that some poor policy management on issues prevented the economy from hitting even higher heights during this period, such as the weight of an increasing national debt and the fallout from Trump’s harmful trade restrictions.

And, of course, no president of any party is entirely responsible for the country’s economic outcomes, even if that is, unfortunately, how the economy is often portrayed by the press and political class. There are, quite literally, millions of factors in play that determine the state of the economy.

But there’s no denying the fact that the laissez-faire approach of deregulation the Trump administration implemented during its first three years contributed to the economic growth and rise in the stock market that fueled surges in household net worth. The 2017 tax reform lowered punitive corporate taxes, which fueled growth by making the US more internationally competitive. Thus, the Trump administration does deserve major credit for the positive economic trends we’ve experienced.

U.S. families’ income and wealth rose in the years heading into the coronavirus pandemic, the Federal Reserve said in a report. As property and stock prices increased, households’ median net worth, or wealth, rose 18% to $121,700 from 2016 to 2019. https://t.co/YssE07bKMS

The growth and progress for Americans in all walks of life from 2016 to 2019 under the pre-pandemic Trump administration stands in stark contrast to the record of former President Obama. Across a wide range of industries from healthcare to the environment to banking to the internet, the Obama administration added more than 20,642 new regulations during its eight-year term. This imposed hundreds of billions in costs on everyday Americans, according to a Heritage Foundation study. It’s no surprise, then, that Obama oversaw the slowest economic recovery from a recession in American history since the Great Depression.

The takeaway here is quite clear. We can only restore our economy to its pre-pandemic heights by shredding the onerous COVID-19 era restrictions, regulations, and interventions into our market system.

As the Austrian economist Ludwig Von Mises wrote in Human Action, “The characteristic mark of economic history under capitalism is unceasing economic progress, a steady increase in the quantity of capital goods available, and a continuous trend toward an improvement in the general standard of living.” But when markets are hampered and the government takes over, efficiency and growth are smothered.

“On the unhampered market there prevails an irresistible tendency to employ every factor of production for the best possible satisfaction of the most urgent needs of the consumers,” Mises also wrote. “If the government interferes with this process, it can only impair satisfaction; it can never improve it.”

In the 3 yrs pre-pandemic, the median net worth of households rose by 18%, hitting a high of nearly $122,000 including increases in prop values & stocks. Median household income was up 5% to nearly $60,000. All while unemployment was falling and the economy was booming.

Of course, the US before COVID-19 was hardly a free-market utopia. There was still far too much regulation, federal intervention into the economy, and more. But we were a lot closer to free markets than we are right now. Many major cities such as San Francisco and New York City are still partly or fully in destructive pandemic lockdown mode. And we’re set to run an up to $3.3 trillion and counting federal budget deficit this year.

We all want to return to former heights and restore the economy’s previous positive trajectory. So, we cannot allow the COVID-19 era’s draconian government restrictions and runaway spending to become permanent.

“The effect of its interference is that people are prevented from using their knowledge and abilities, their labor and their material means of production in the way in which they would earn the highest returns and satisfy their needs as much as possible,” Mises concluded. “Such interference makes people poorer and less satisfied.”

This is the fate awaiting us if the COVID-19 era of big government is here to stay. Long unemployment lines and a struggling economy will indeed become the “new normal.”

–Brad Polumbo | Brad Polumbo is a libertarian-conservative journalist and the Eugene S. Thorpe Writing Fellow at the Foundation for Economic Education.