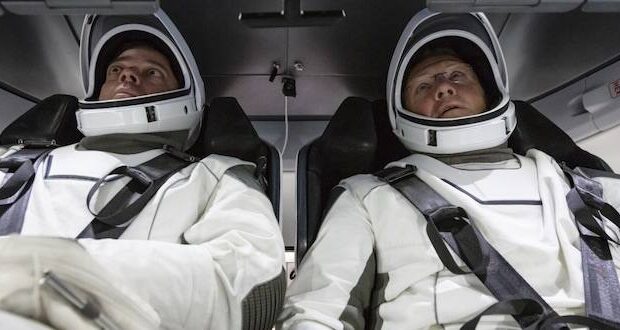 President Donald Trump will join Elon Musk to watch in person when astronauts depart from Florida in the first launch from the United States since 2011.

The launch will take place on Wednesday at the John F. Kennedy Space Center. Trump’s attendance was announced by the White House on Friday. Musk is one of several leading business and tech advisors to the President and a leading supporter of his efforts to open and revive the U.S. economy after the pandemic.

Trump said while signing a directive that led to the establishment of the Space Force that his administration “is reclaiming America’s heritage as the world’s greatest space-faring nation.”

Musk’s SpaceX developed rockets to ferry astronauts and equipment to the International Space Station, which orbits around the Earth. The company’s Falcon 9 rocket will take NASA astronauts Robert Behnken and Douglas Hurley to the station, which holds a rotating crew of astronauts representing Russia, the United States, and other countries, primarily in Europe. 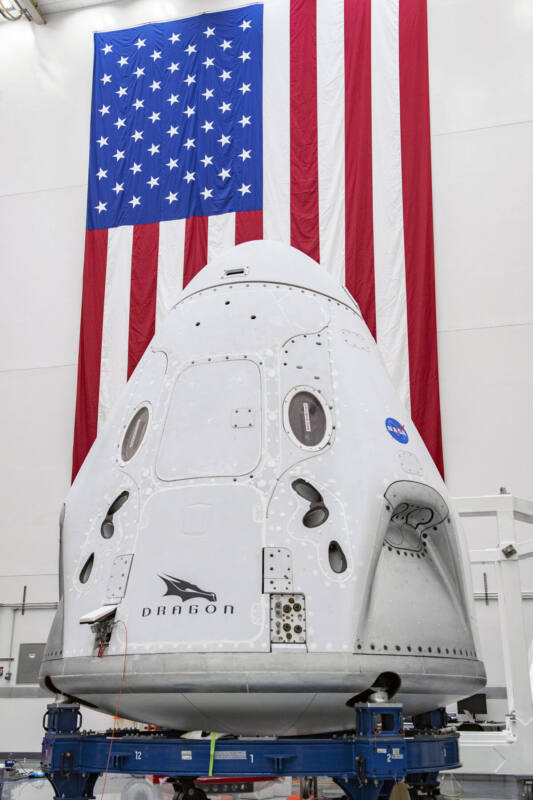 In this April 10, 2020 photo made available by SpaceX, The SpaceX Crew Dragon spacecraft undergoes final processing at Cape Canaveral Air Force Station, Fla, in preparation for the Demo-2 launch with NASA astronauts Bob Behnken and Doug Hurley to the International Space Station for NASA’s Commercial Crew Program. Crew Dragon will carry Behnken and Hurley atop a Falcon 9 rocket, returning crew launches to the space station from U.S. soil for the first time since the Space Shuttle Program ended in 2011. (SpaceX)

The rocket will accelerate to a speed of approximately 17,000 miles per hour, according to NASA. The trip will take about 24 hours.

The Crew Dragon capsule the rocket is propelling will dock at the station before being used in several months to carry the astronauts back to Earth. The capsule was tested in January.

“Exciting couple of days here at NASA Kennedy!” Behnken wrote on Twitter Friday ahead of last week’s launch rehearsal. “Crew arrival in Florida was awesome, seeing our vehicle roll to 39A was epic, and watching our SpaceX Falcon 9 1st-stage fire one more time before our mission still has a smile on my face!”

The new mission, deemed Demo-2, is “the final major step” to certify Crew Dragon for lengthy missions to the station.

NASA is preparing to utilize knowledge gained in the missions to land the first woman and next man on the Moon’s surface in 2024 as part of its Artemis program.

“A new era of human spaceflight is set to begin,” the space agency said in a statement. SpaceX said it’s “returning human spaceflight to the United States with one of the safest, most advanced systems ever built.”

Trump and Vice President Mike Pence started traveling last month after a pause due to the COVID-19 pandemic. Trump only recently resumed campaigning. Polls show him leading Joe Biden in Florida as well as all other swing states while Biden leads in national polls that include New York, California and Illinois.

“It’s great to be in Florida because I’m going to be back in a week, because not too far from here, for the first time in almost 10 years, we’re going to send American astronauts back to space in American rockets from Kennedy Space,” Pence told reporters while visiting with Florida Gov. Ron DeSantis on Thursday.

During a recent interview with Fox News, Pence added, “When that rocket goes off next week, it’ll remind the American people that even in the midst of the most challenging times, America still moves forward.”