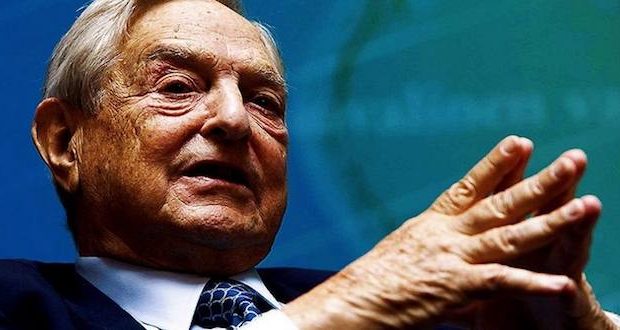 George Soros is a radical billionaire banned in his own country.

“The Independent,” a news site that launched in Missouri before the election, is funding by politically liberal organizations, Chris Vas wrote in an opinion column in “The Missouri Times.”

“`The Independent’ isn’t independent at all,” he wrote. “They are a small part of a large progressive network called States Newsroom that is parachuting into numerous states across the country in order to put a progressive spin on the `news’ that they report.”

“Beyond States Newsroom’s openly partisan origins, it has been lying to Missourians since before it published their first story,” he said. “It’s clear that they have no intention of truly revealing where their funding comes from, and any reasonable person knows that merely publishing a support page doesn’t guarantee transparency. `The Independent’ also claims that it does not accept corporate donations, but a quick look at its donor list shows Google LLC is listed as one of its largest donors. As a new outlet coming into Missouri, these lies lead readers to question its motives and integrity.”

The “Kansas Reflector,” another member of States Newsroom, began publishing earlier this year, offering up the same kind of liberal progressive “news” on its website and on social media.

At a press briefing last week, Gov. Mike Parson said he would not take questions from an out-of-state, progressive organization whose main goal is to spread misinformation in Missouri.

“`The Missouri Independent’ has shown us that it cannot be trusted,” Vas said. “News organizations forfeit the benefit of the doubt when their foundation rests on secrecy and deception. Every Republican should follow the governor’s lead and refuse to give comment to ‘The Independent.’ It is a wolf in sheep’s clothing, and elected officials who work with it are complicit in the misinformation that it is spreading.”