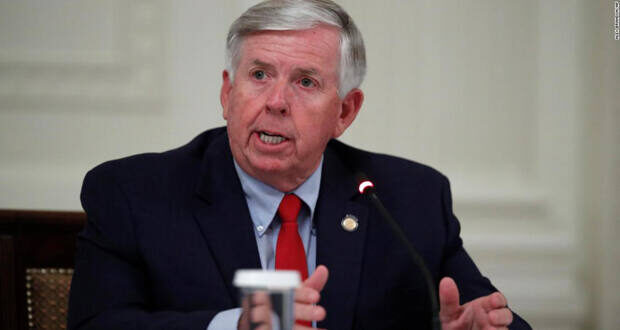 The American Legislative Exchange Council ranked Missouri Gov. Mike Parson 13th among the nation’s governors for economic policy performance, “The Missouri Times” reported. The 2020 Laffer-ALEC Report on Economic Freedom ranked governors based on economic policy and their response to the COVID-19 pandemic.

READ: Judges on Missouri’s ballot for the Nov. 3 election

The authors ranked Gov. Parson first in estate and inheritance tax levies. The report placed Parson as the fourth-best governor in terms of tax policy, 10th best in welfare spending and 12th best in spending policy. The Republican governor came in at 11th in policy and 17tg in economic results.

Parson ranked lower in other areas, coming in at 31st in personal income tax progressivity, 36th in union policy and 37th in debt service as a share of tax revenue, his three lowest rankings in the report.  Of the nine governors appearing on state ballots this November, Parson ranked third.  The report also placed Missouri as the state with the ninth-lowest unemployment spike during the first half of the year based on data collected from January through July.

The authors gave Gov. Mike Parson four stars out of five overall, praising the state’s competitive tax rates and finding Missouri to be one of the least prepared states for an economic shock like COVID-19. The report noted the substantial withholds Parson enacted for FY 2020 and the cuts to the 2021 budget, amounting to nearly $1 billion.

The 2020 report was the first of its kind. The authors said the purpose of the ranking was to provide governors with a measure of their performance and inform voters of their state’s status compared to the rest of the country.