Home / News / Columns / Rethinking the question, ‘Are you for the rich or poor?’ 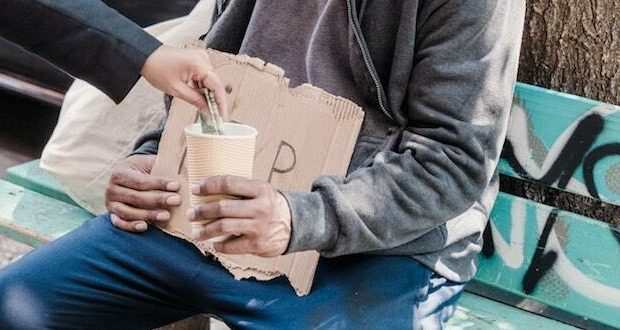 Are you for the poor?

Most people are conditioned to respond “Yes” to that question. It makes you feel good, doesn’t it?

Are you for the rich?

Most people are conditioned to respond “No” to that one. Does that make you feel good too?

If you replied “Yes” or “No” to either question, your answers are grossly ill-considered. They betray bias or ignorance, or both. The very best answer to each question is the same, and it’s also a single word: “Depends.”

Allow me to provide a little more detail so we can all give better-informed answers.

What if the first question is rephrased this way: Are you for the poor who are destitute because they repeatedly made bad decisions that rendered them unemployable—such as embracing destructive habits or disrespecting other people?

And what if the second question is reworded thusly: Are you for the rich who earned their wealth honestly by serving happy customers?

Even if you responded “Yes” and “No” to the first questions at the start of this article, you might well have answered “No” and “Yes” when I added the additional information.

What’s the difference? The questions in the first set were too broad, too abstract, too prone to knee-jerk, emotion-based, fact-free answers. It’s virtually meaningless, and thoughtless as well, to be “for” or “against” millions of people for no more reason than their possessions. The second set of questions brought the matter down from the clouds to something closer to reality and experience.

Or, how about this one: What if you became rich because, say, a million fans who love your music bought tickets to your concerts? Would you feel morally obligated to give them all a refund so you would no longer be rich?

My apologies for all these questions but as Socrates would advise, sometimes a few inquiries prompt us to think more clearly. All I did here was to introduce some real-world facts that are present all around us, every day. The bottom line is this: As convenient as it may be, it is almost always superficial and misleading to pigeon-hole people by group instead of judging each individual by his own decisions, actions and circumstances.

The poor are not an amorphous, collectivist blob. Nor are the rich, or any group in between. We are distinct individuals, all of us. This is the essence of what Dr. Martin Luther King meant when he urged us to judge people not by the color of their skin (essentially, a racial group) but rather, by the content of their (individual) character. Character is, by its very nature, a very personal matter. There are poor people who are good and poor people who are bad. Same with the rich.

When someone negatively stereotypes all people within an ethnic, religious or national grouping, we properly condemn their thinking as bigotry. Are you an income bigot? You absolutely are if you apply the same generalist absurdity to either “the rich” or “the poor.”

Some ideologues who invent “facts” to fit their narrative claim the rich get rich by making the poor poorer as a general rule. That’s lazy thinking, if it’s thinking at all, because experience proves otherwise. See John Stossel’s video in “The Myth that the Poor Get Poorer When the Rich Get Richer” or check out the treasure of myth-busting statistics on wealth and poverty here.

Some of my friends in the Christian community may protest, citing the first of the Beatitudes in Jesus’s Sermon on the Mount: “Blessed are the poor.” Advocates of Marxist-leaning “liberation theology” cite this as justifying a “preferential option for the poor” and even compulsory welfare state programs.

But that passage (Matthew 5:3) is one of the most misquoted and misinterpreted in Scripture. It actually reads, “Blessed are the poor in spirit.” Jesus was not referring to material possessions, but rather, to a state of mind. To be “poor in spirit” is to be humble, open-minded, reverent, eager to learn and grow. It’s the opposite of an arrogant, condescending, hubristic or know-it-all attitude.

If one person can be called the Father of Liberation Theology, it would be Peruvian philosopher Gustavo Gutierrez. His 1971 book, A Theology of Liberation, is a mix of good intentions, bad theology and lousy economics. Even he, however, cautioned against canonizing a social class by a misreading of “Blessed are the poor.” (Michael Novak’s classic Will It Liberate: Questions About Liberation Theology is a must-read refutation of Gutierrez and his philosophy.)

In one sense, namely our charitable giving, we all practice a kind of “preferential option for the poor.” We send our voluntary donations of food, money and clothing to charities, not to Jeff Bezos or the federal government.

That’s common sense, and it’s in keeping with Jesus’s teachings. He encouraged private, voluntary support for the needy and never endorsed compulsory, government-provided welfare. The Good Samaritan in his famous parable did not petition the government to help a poor man; he was “good” because he chose to help of his own free will and with his own resources. (See the links to additional information, below).

The “preferential option for the poor” for which Jesus sympathetic never included an endorsement of bad character or poverty-causing behavior. And it never called for robbing Peter to pay Paul. In his Parable of the Talents, he applauded the creation of wealth. He defended private property in his Parable of the Workers in the Vineyard. He warned against prioritizing material wealth over matters of spirit and character, but he never suggested compulsory redistribution as a remedy. Jesus did not judge people according to their racial, gender, political or income grouping. Admission to Heaven is not based upon your ethnic background or the size of your bank account.

If you are ever asked if you are “for the poor” or “for the rich,” don’t go for the bait. Life is complex. Individuals are unique. Generalities are a trap. Reject the childish thinking of collectivists.