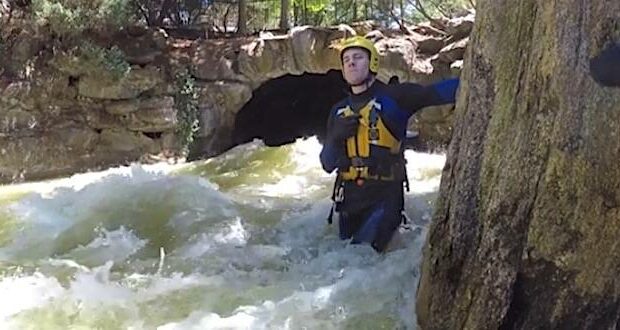 In honor of the 20th anniversary of September 11, a new program called Smiles for America is giving 50 first responders in 50 states something that should never be taken for granted —  a new smile.

Across the country, the nation’s top cosmetic dentists are donating their talents to transforming first responders and other heroes’ smiles as a national sign of solidarity and commitment to cosmetic dentistry and service. All smiles will be revealed on the 20th anniversary of September 11th.

Dr. Dean Lodding of Smile for Life Dental in Elgin, IL and Dr. Debra Gray King of Atlanta Center for Cosmetic Dentistry in Atlanta, GA are spearheading Smiles for America. Both have been overwhelmed by the positive response from cosmetic dentists across the USA. Recipients have begun the process to receive their new smiles by September 11th, 2021.

Eric Echevarria, Lodding’s recipient,  states, “What does a new smile mean to me? A proud smile provides the confidence to be more outgoing and personable because you are more confident. The confidence needed to be in front of a new and bigger audience will be bolstered with this new smile. I can confidently jump into my new role as police chief knowing I have a smile for life.”

Lodding says he’s proud and honored to have chosen Echevarria to be the American hero who will receive the gift of a smile. “Eric has dedicated his entire life to giving and serving others around him,” Lodding said.

“He proudly served our country in the United States Marine Corps and later began his career in law enforcement. His leadership and service within the community, and within the Elgin police force, led to him rising through the ranks of the force advancing from patrolman to sergeant to commander in an unprecedented time frame.”

His exceptional service led him to recently be chosen as the police chief in Peoria, Illinois. When informed that he had been chosen to be the recipient of a new smile through the Smiles for America program, he felt with great humility, others might be more deserving.

“American heroes inspire me by courageously giving and helping in any way they can. I am honored to be able to give them the gift of a smile,” said Lodding, who practices in Elgin, Illinois.

Kurt Vermillion is Dr. King’s recipient. He recently shared that “This opportunity is giving me something I never thought I would achieve. For 30 years I have been ‘hiding’ my teeth when I smile and now, I am going to be able to smile with confidence,” says Vermillion, an Atlanta fireman. “I will have to learn how to smile again, and I will forever be grateful, thanks to Dr. King and Smiles for America.”

King, with the Atlanta Center for Cosmetic Dentistry, has dedicated her life’s work to designing smiles that help people build confidence, fuel success, and bring added joy to their lives.

She was especially touched by the story of Vermillion. A firefighter since 2010, Vermillion has wanted his teeth corrected for as long as he can remember, but the costly procedure was never an option.

Due to this, he always “smiled” with his mouth closed. Unable to afford a permanent solution as a young adult, he settled on a quick, inexpensive fix which he self-consciously wore for years. He recalled at his one-year anniversary dinner with his wife how she learned for the first time about his insecurity. While biting into a piece of bread, the dentistry in the front of his mouth broke into pieces, leaving him without a front tooth. Now, with his smile being transformed as part of this exciting program, he looks forward to smiling with confidence.

“I am honored to be a part of providing our American heroes across the country the freedom to smile with confidence,” says King. “Doing good for Kurt and so many others through Smiles for America is a wonderful way to say thank you for all they do for us, explains king.”

Heroes in all 50 states are starting the process now to receive their new smiles by September 11th. This is just a small token from the dental community in honor of the 20th anniversary of the terrorist attacks where so many, like Kurt, selflessly gave their lives.

Previous: Young and secular are least vaccinated, not Evangelicals as media reports
Next: Missouri parent censored by nextdoor.com over mask posts