Home / News / Israel / The Balfour Declaration – A thorn in the flesh of political correctness! 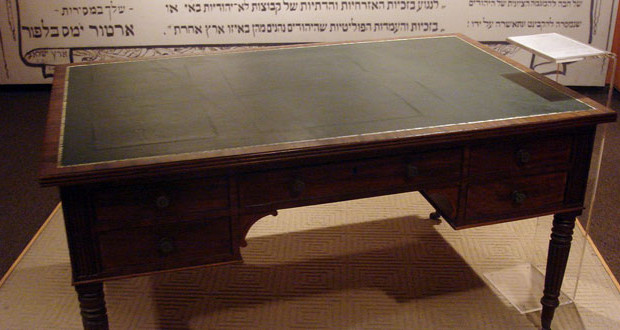 Lord Balfour's desk, in the Museum of the Jewish Diaspora in Tel Aviv. Photo by צילמתי | Wikimedia Commons

The Balfour Declaration – A thorn in the flesh of political correctness!

Little did Lord Arthur Balfour (1848-1930) know when he penned his declaration, that much of the world would be in an uproar about it, 1oo years later. His short letter to Lord Rothschild on behalf of the Jewish people became a pillar in the foundation of the modern state of Israel. The 1917 Balfour Declaration established that because of the “historical connection of the Jewish people with Palestine,” The Jewish people were entitled to return to the area. The statement was unequivocal: “His Majesty’s Government views with favor the establishment in Palestine of a national home for the Jewish people, and will use their best endeavors to facilitate the achievement of this object.”

The Balfour Declaration is a document that should have been foundational in the world’s recognition of Israel’s right for self-determination within the boundaries of her own historical and biblical land of Eretz Yisrael. It was followed by another equally important but lesser known agreement including the original Balfour text, known as the San Remo Resolution, where the Mandate for Palestine was drawn together (land boundaries were decided four years later.) As a result of the San Remo Resolution being drafted, Great Britain ended-up being responsible for the drawing of the Mandate and land boundaries for Palestine. This became later known as the “British Mandate for Palestine,” and led to the 1947 United Nations vote in favor of Resolution 181 and the partitioning of Palestine between Jews and Arabs. It must be noted that the term “Palestine” as used in the Balfour Declaration and San Remo Resolution, is merely the name of a Middle East geographical boundary known as the Land of Israel today. The word then was not as politically charged as it is today. On May 14, 1948, under the leadership of David Ben Gurion, one day before the end of the British Mandate, Israel became a modern nation. Within hours five neighboring Arab countries declared war on the newborn Jewish state, and Israel has been in a state of war ever since.

I cannot help but think of the different outcome we would have witnessed if Israel had been reborn out of the San Remo Conference of 1920 instead of 1948, but it was not part of God’s plan. Israel’s right to self-determination was agreed upon 97 years ago and shouldn’t be put in question. God remains sovereign over all. Much water has gone under that bridge since and history appears different today. But the reason why it seems changed is that the agenda for Israel’s destruction has been pushed harder since the mid-60s. Palestine is no longer just the name of a geographical area to be restituted to the Jewish people, but it has been made into a country with displaced people painted as the sole victims of the Middle East conflict.

We are now in November 2017, precisely 100 years after the Balfour Declaration was penned. As it is so well described in the Bob Dylan song, Israel is now overwhelmingly seen by the world as “The Neighborhood Bully.” the tiny Jewish state is the constant target of various governments, organizations, celebrities and church denominations because they believe that Israel is the problem in the Middle East. And so, the Balfour Declaration–and by proxy Israel–is under attack!

Israel’s foes are looking at the Balfour Declaration as a declaration of war against Palestinians. We are told that “Palestinian victims” mourn the loss of their “native” land. The narrative goes on, and the world goes along for the ride. In reality, since 1917, Israel had repeatedly agreed to split the land into two states. Even in 2000, at Camp David, when it could have been a political and existential disaster when Ehud Barak agreed to give away more than 95% of the West Bank and all of the Gaza Strip, Arafat said NO! Every single time, the Palestinian leaders delivered an emphatic NO to the two-state solution, and that is because it is not an option for them. The only viable option as they see it is a Palestinian State with no Jews at all. And as frustrating as it might be, it is becoming the majority opinion globally, because today when it comes to Israel and the Jewish people, fact-finding is the last thing that people are interested in! Not to mention the many prophecies that were fulfilled in 1948 when Israel was reborn. Here are some of these prophecies from the Tanach:

The Balfour Declaration has become a thorn in the flesh of our politically correct western societies. They want it gone as one more step towards the collapsing of Israel. I would suggest that in and of itself, that Declaration makes a strong case for the self-determination of Israel based on its biblical pre-existence. Compounded with the San Remo Resolution of 1920, it picks up a lot of momentum that is also reinforced by a plethora of Bible passages. In other words, the Declaration only validated from a human perspective what the God of Abraham, Isaac, and Jacob had vindicated long ago from within His divine decree. David Ben Gurion expressed it well when he appeared before the Peel Commission in 1937 :

“I say on behalf of the Jews that the Bible is our Mandate, the Bible which was written by us, in our own language, in Hebrew in this very country. That is our Mandate. It is only recognition of this right which was expressed in the Balfour Declaration – David Ben Gurion.

Melnick serves with Chosen People Ministries as the Northwest Regional Director. He has written and published over 300 articles and a book on anti-Semitism entitled, “They Have Conspired Against You: How to respond to the new anti-Semitism.” Melnick blogs regulary at www.newantisemitism.com.

Previous: Spectacular Museum Of the Bible Opens This Month
Next: Church shooting victims include 14-year-old daughter of pastor 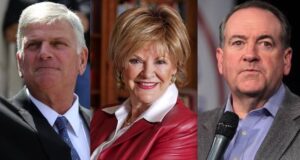 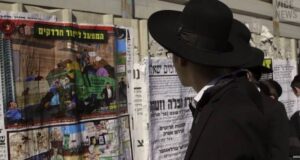 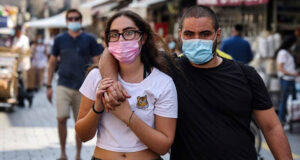 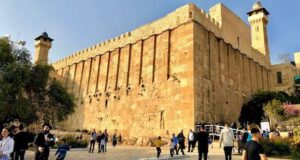 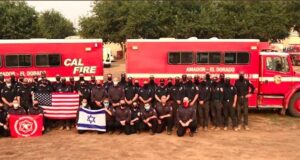